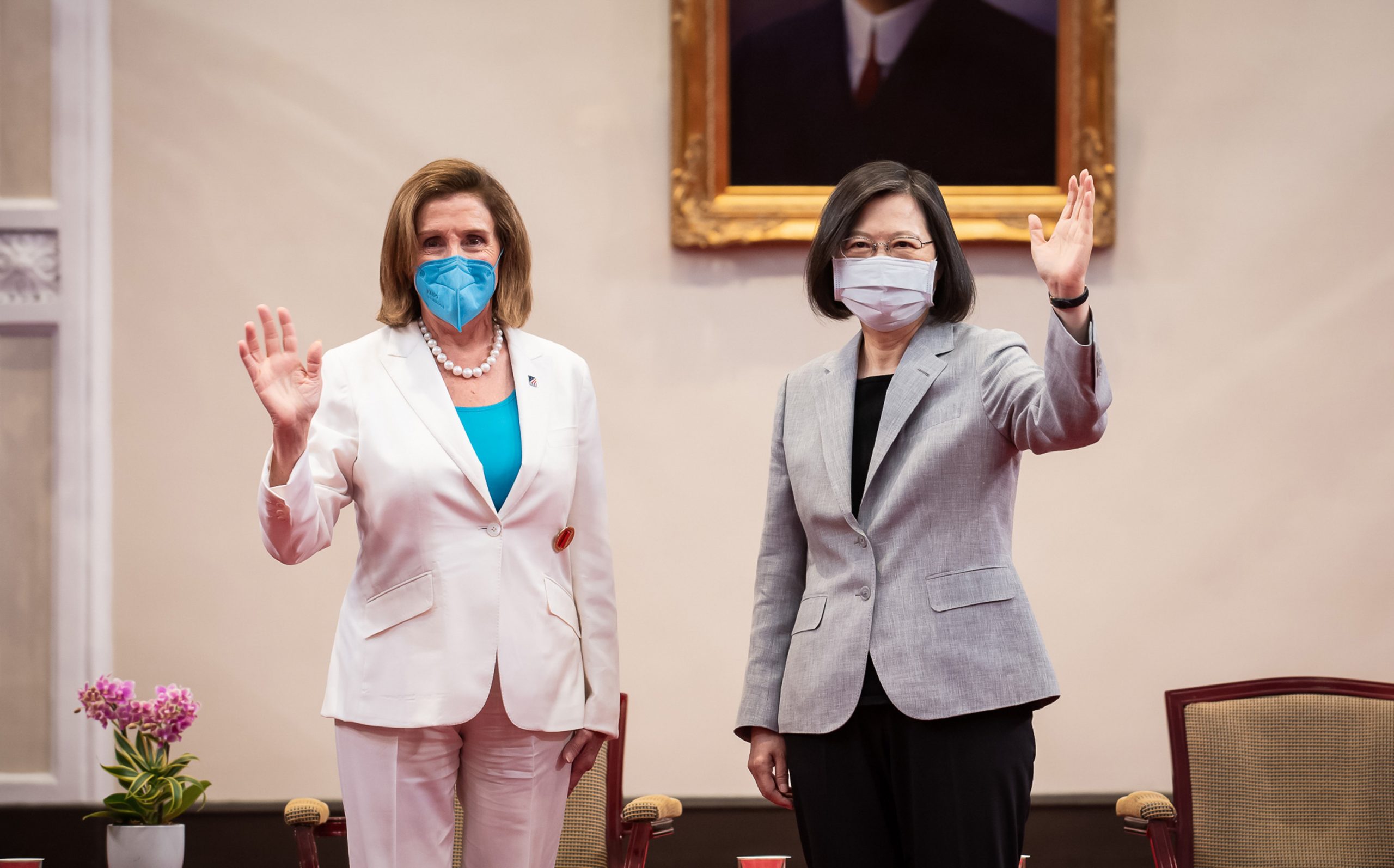 After warning Nancy Pelosi that her travel plans could provoke China — only to see the speaker make the trip anyway and lawmakers in both parties cheer her on — the Biden administration is now trying to make changes to a bipartisan bill that would overhaul longstanding U.S.-Taiwan policy in favor of a more aggressive posture. | Handout/Getty Images

Nancy Pelosi’s visit to Taiwan is over, but the Biden administration still has congressional temperatures to cool when it comes to U.S. policy toward the self-governing island.

After warning Pelosi that her travel plans could provoke China — only to see the speaker make the trip anyway and lawmakers in both parties cheer her on — the Biden administration is now trying to make changes to a bipartisan bill that would overhaul longstanding U.S.-Taiwan policy in favor of a more aggressive posture.

The legislation, dubbed the Taiwan Policy Act, is aimed at bolstering Taiwan’s defensive capabilities and deepening U.S. ties to the island. It reflects a bipartisan push for a different approach when it comes to China’s increasingly belligerent behavior, highlighted by the similarly cross-aisle praise for Pelosi’s historic visit to Taiwan last week.

But the Biden administration is once again deciding to try to cage congressional hawkishness when it comes to China and Taiwan — this time by pushing back on a popular bipartisan bill that the White House fears could upend its assurances to Beijing about maintaining America’s “One China” policy, a diplomatic acknowledgment of Beijing’s position that there is only one Chinese government.

After saying last week that the legislation would “contravene” President Joe Biden’s authorities and efforts at diplomacy, White House National Security Council spokeswoman Adrienne Watson told POLITICO that “we look forward to working with Congress” on the bill.

Lawmakers said the administration’s reactions to both Pelosi’s trip and the new legislative push show that it’s being too cautious.

“They’re trying to stymie it and water it down, because they seem to approach every conflict that way,” said Sen. Lindsey Graham (R-S.C.), who co-sponsored the bill. “We’re full steam ahead. We’re open-minded to constructive changes, but the goal is to be more supportive of Taiwan, not less.”

The legislation, initially introduced by the Democratic chair of the Senate Foreign Relations Committee, represents the most dramatic shakeup of the U.S.-Taiwan relationship since the Taiwan Relations Act, which has guided U.S. policy on the subject since 1979. It authorizes $4.5 billion in security assistance for Taiwan and gives the island the distinction of being a “major non-NATO ally” of the U.S., among other provisions.

A committee vote on the legislation scheduled for last Wednesday was postponed due to Senate floor action on admitting Finland and Sweden into NATO. But the Biden administration had already suggested tweaks that senators were in the process of incorporating into the final bill. Senators also had concerns about advancing the legislation while China was ramping up its military exercises around Taiwan in response to Pelosi’s visit on the same day.

“The holdover will also help us refine the bill a little bit more,” Foreign Relations Committee Chair Bob Menendez (D-N.J.) said. “The administration did not lobby me, has not said to me they’re against the bill. They gave us a critique after we invited them to do so … [This is] not unusual on a major bill.”

Menendez was responding to Sen. Chris Murphy (D-Conn.), another Foreign Relations panel member, who suggested earlier in the week that the panel’s vote on the Taiwan bill was delayed due to the White House’s efforts to change the legislation. “Chris Murphy’s wrong, I saw his public comments,” Menendez said.

Sen. Jim Risch of Idaho, the committee’s top Republican, suggested that the administration’s actions were improper.

“The White House has done enough damage on Taiwan policy, and continues to add to it this week,” Risch said. “It should not interfere in the legislative process.”

The new Taiwan bill is intended to strengthen its defense against a potential invasion by Beijing, which views the island as part of China despite its vibrant democracy. With China ratcheting up its crackdowns in Hong Kong and its provocations toward Taiwan in recent years, lawmakers from both parties have called for the U.S. to abandon the “One China” policy and make clear that it will defend Taiwan from an invasion.

In a New York Times op-ed last week, Menendez — who often breaks with his party on foreign policy — wrote that the U.S. must step up its support for Taiwan given China’s destabilizing behavior, most notably its military buildup that could portend an invasion of the island.

“This is a plan of attack eerily reminiscent of [Vladimir] Putin’s in Ukraine,” Menendez wrote. “We saw the warning signs for Ukraine in 2014 and failed to take action that might have deterred further Russian aggression. We cannot afford to repeat that mistake with Taiwan.”

Indeed, Russia’s invasion of Ukraine has prompted lawmakers from both parties to reconsider America’s long-standing “strategic ambiguity” doctrine when it comes to Taiwan. The White House, meanwhile, is grappling with an emboldened China that has ramped up its provocative military exercises around Taiwan ever since Pelosi’s plane landed there for a 19-hour visit. Beijing’s overreaction to Pelosi’s visit validated some of the White House’s initial concerns about the trip, namely that it would threaten Taiwan’s security — but Republicans see it differently.

“The White House seems very concerned about provoking China these days,” Sen. Marco Rubio (R-Fla.) said, vowing that “we’re going to do what we’re going to do” regarding Taiwan.

It’s not just the Biden administration trying to change the Taiwan legislation. Many Democrats on the committee, like Murphy, agree that making such seismic changes to U.S.-Taiwan policy at this moment could backfire.

“I absolutely think we need to re-orient Taiwan policy. China has changed its policy to potentially expedite military action. We need to be ready for that,” said Murphy. “I think there’s a good discussion in the committee about how far we need to change our policy from the Taiwan Relations Act.”

And Sen. Jeanne Shaheen (D-N.H.) said “it would be helpful to make some changes” to the legislation, but added that it shouldn’t get stymied altogether.

“It’s important for us to get this legislation done,” she said.