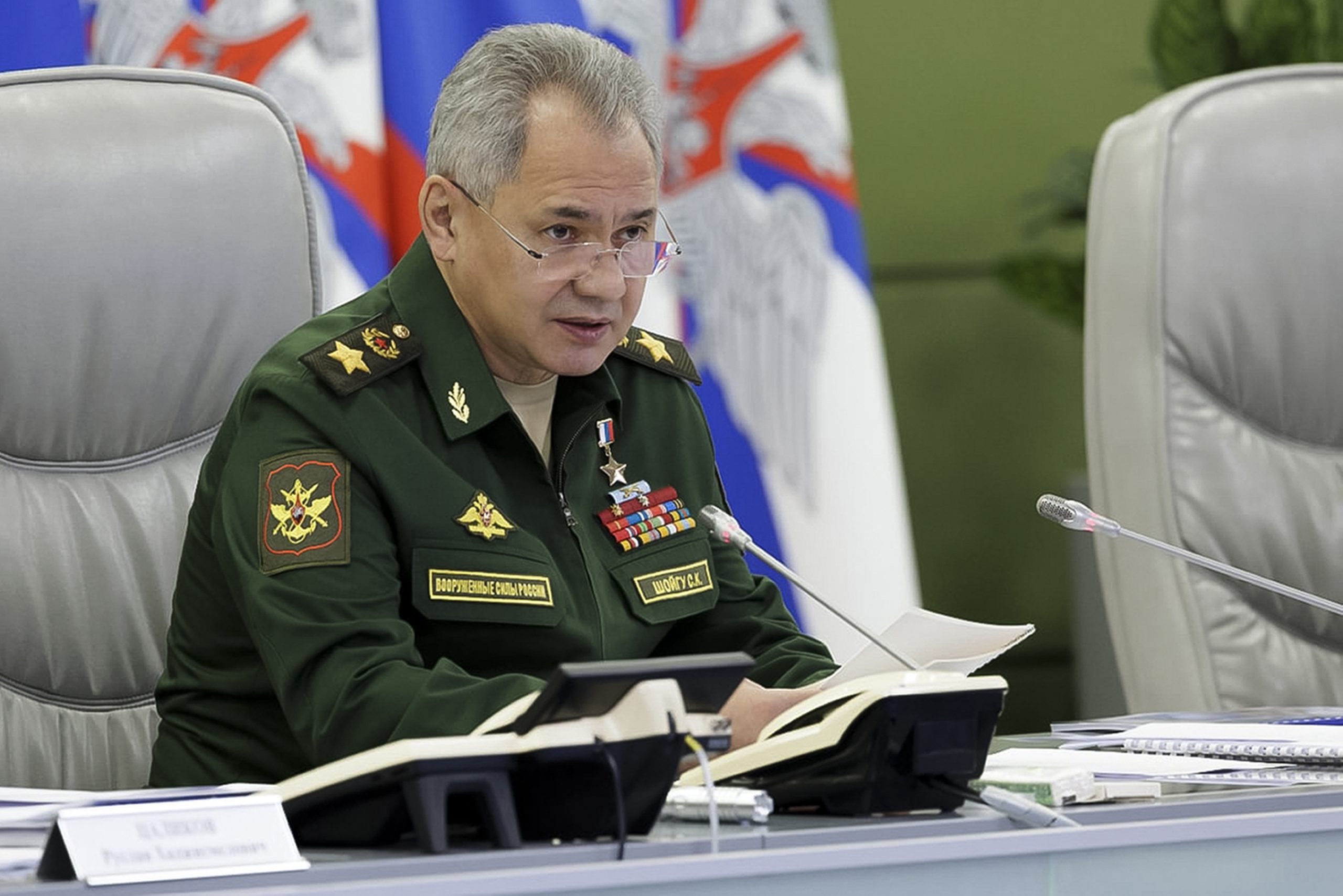 Western defense chiefs are rejecting Russian claims over the weekend that Ukraine is preparing to detonate a “dirty bomb” on its own territory, warning that Moscow may use the “false” accusation as a pretext to escalate the conflict.

The comments came as Russia put forces on alert on Monday to respond to a potential chemical, biological or nuclear weapons attack, according to the Russian Ministry of Defense.

Russian Defense Minister Sergei Shoigu held a flurry of phone calls with his counterparts in the U.S., France, the U.K. and Turkey over the weekend to discuss the allegations, but the Western leaders rejected his claims, officials said.

Defense Secretary Lloyd Austin spoke with Shoigu twice by phone, once on Friday and again on Sunday. In the most recent call, Austin “rejected any pretext for Russian escalation,” according to a readout from Pentagon Press Secretary Brig. Gen. Pat Ryder.

Ukrainian President Volodymyr Zelenskyy echoed the sentiment, saying that Russia is the “source of everything dirty that can be imagined in this war.”

The Russian MoD doubled down on the allegations on Monday, posting a video of Lt. Gen. Igor Kirillov, head of the Radiation, Chemical and Biological Defense Forces of the Russian Armed Forces, to Telegram. In the video, Kirillov briefed that Kyiv is planning a false-flag operation that would involve launching a dirty bomb or low-power nuclear warhead on its own soil.

“The detonation of a radiological explosive device will inevitably lead to radioactive contamination of the area over an area of up to several thousand square meters,” Kirillov said at a briefing on threats to radiation safety, according to Russian media.

Another MoD Telegram post alleged without evidence that two organizations in Ukraine had been “directly ordered” to create the so-called dirty bomb, a weapon improvised from radioactive nuclear waste material and conventional explosives.

Russian forces activated a specialized unit to protect against a potential chemical, biological or nuclear weapons attack, the MoD posted on Telegram.

“The Ministry of Defence has arranged for countering possible provocations of Ukraine: the means and forces are alerted to operate amid radioactive contamination,” according to the message.

The activation is “the kind of thing they would do pending imminent use of [weapons of mass destruction,” Samuel Charap of the RAND Corp. said.

Statements from the MoD are “concerning,” said a U.S. senior administration official, who like others quoted for this story agreed to speak on condition of anonymity in order to discuss internal reactions.

The back-and-forth comes as Ukraine prepares for a fresh offensive to take back the southern city of Kherson, amid reports that Russia is setting conditions to withdraw from the strategic city.

Meanwhile, U.S. officials expect to see a shipment of Iranian surface-to-surface missiles to Russia for use in Ukraine “soon,” according to a senior Defense Department official.

Alexander Ward contributed to this report.