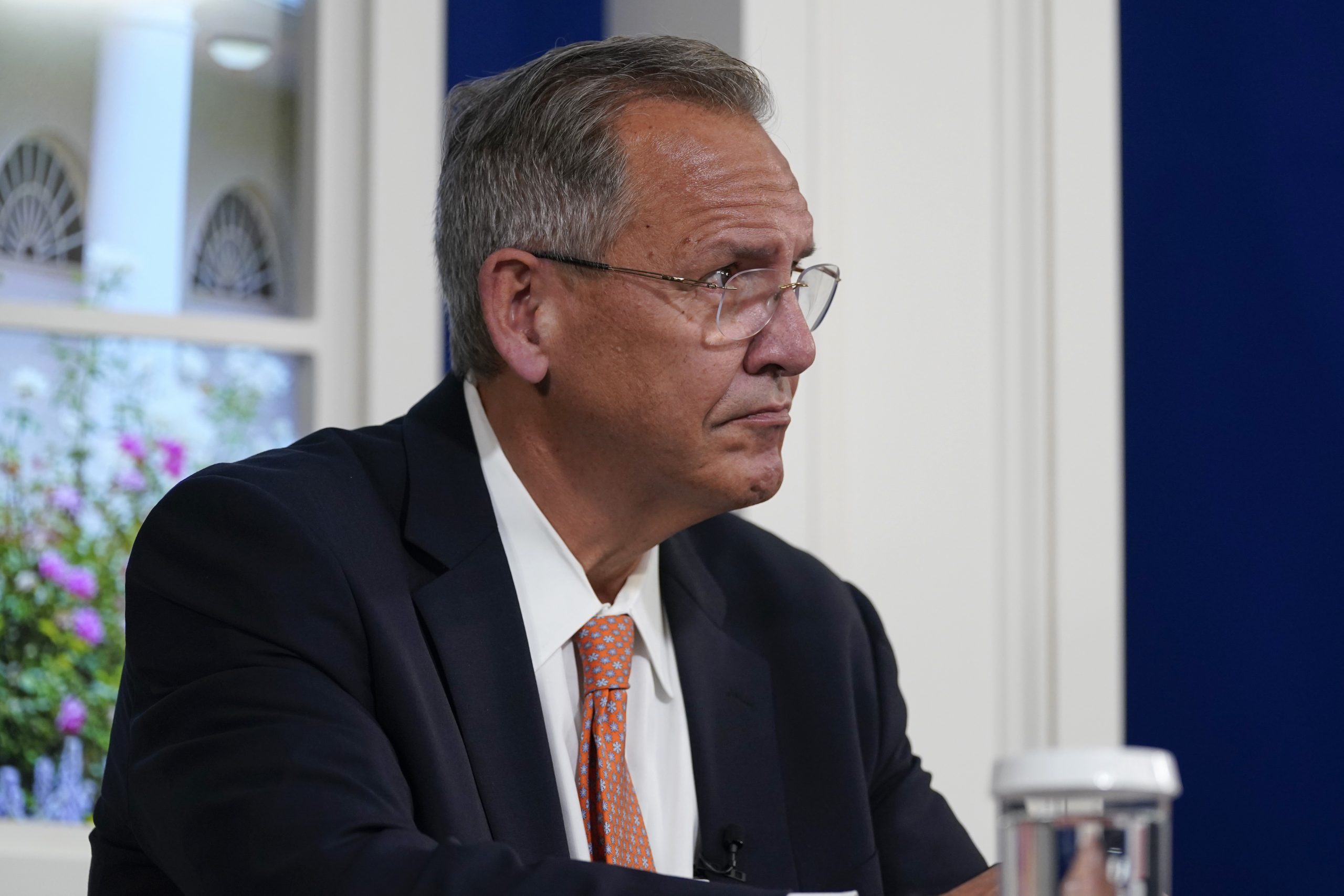 “There are NASAMS deployed across the Middle East, and some of our NATO allies and we [the U.S.] are actually working with a couple of Middle Eastern countries that currently employ NASAMS and trying to direct those back up to Ukraine,” Raytheon CEO Greg Hayes said. | Evan Vucci/AP Photo

The U.S. is working with Middle Eastern countries to move a handful of their air defense systems to Ukraine, according to the CEO of Raytheon Technologies.

The goal is to send National Advanced Surface-to-Air Missile Systems to Ukraine in the next three to six months, CEO Greg Hayes said in an interview. The U.S. would then backfill those systems with new NASAMS in the Middle East over the next 24 months.

“There are NASAMS deployed across the Middle East, and some of our NATO allies and we [the U.S.] are actually working with a couple of Middle Eastern countries that currently employ NASAMS and trying to direct those back up to Ukraine,” Hayes said.

He noted that shifting systems from the Middle East is faster than building them in the U.S. “Just because it takes 24 months to build, it doesn’t mean it’s going to take 24 months to get in [the] country,” he said.

It takes two years to build NASAMS because of the lead time required to buy electronic components and rocket motors, Hayes said.

The Biden administration would have to approve the arrangement to transfer the air defense systems to Ukraine. A Defense Department spokesperson did not immediately respond to a request for comment.

Ukrainian officials have spent months lobbying the U.S. to send NASAMS to counter Russian rocket attacks. The systems have a longer range than other air defense equipment Western countries have sent to Ukraine. The first two arrived in early November, and the U.S. promises more are on the way.

On Wednesday, the Army awarded a contract worth up to $1.2 billion to deliver six NASAMS to Ukraine by 2025. The deal is part of the fifth Ukraine Security Assistance Initiative package and includes training and logistical support.

Raytheon declined to name the Middle Eastern countries that would send the system, but purchasers in the region are Oman and Qatar, according to Defense Security Cooperation Agency records.

Oman signed a contract with Raytheon in 2014 for NASAMS, with delivery in 2016. The U.S. cleared Qatar to buy NASAMS in 2019. The government notifications did not outline how many systems Oman and Qatar would buy.

Training presents a challenge for the U.S when it sends advanced equipment to Ukraine. The Norwegians trained approximately 60 Ukrainians on two NASAMS, Hayes said. Kongsberg, a Norwegian company, co-develops NASAMS with Raytheon.

Training to use NASAMS usually takes six months, but Ukrainians were trained in 60 days. Raytheon has a support facility in the region where the company can provide technical support after units are fielded, Hayes said.