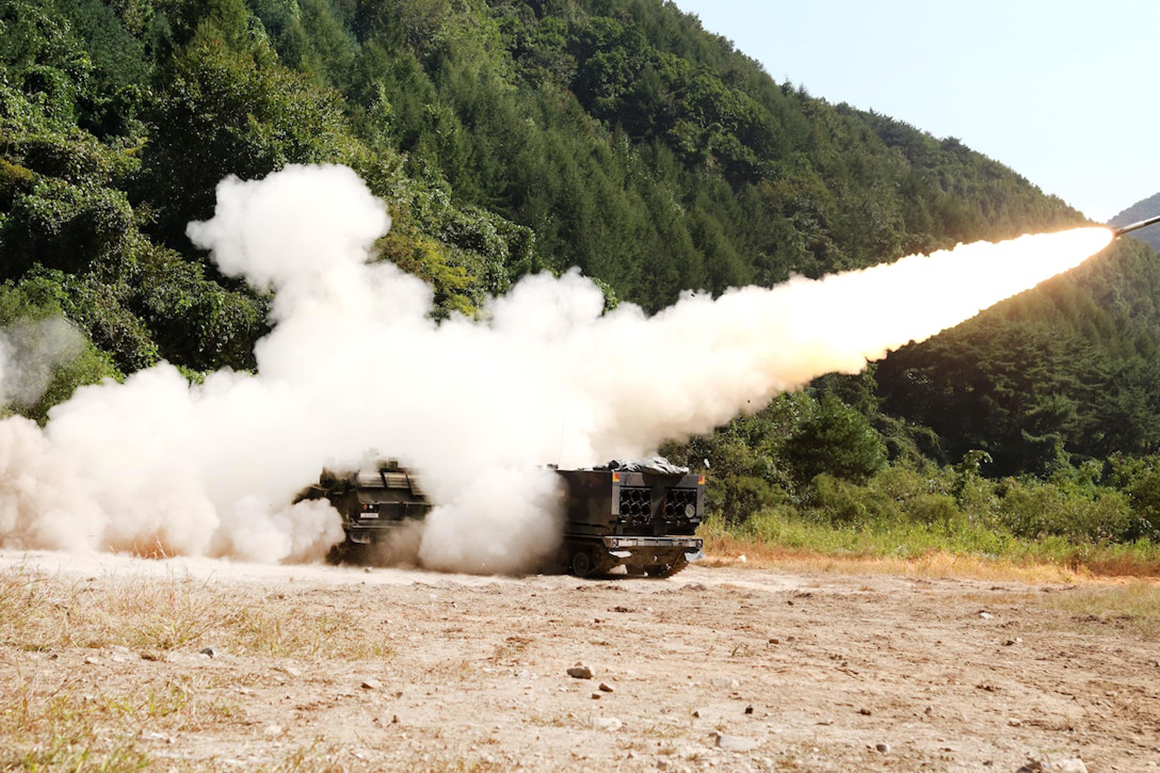 The Biden administration is inclined toward sending Ukraine advanced, long-range rocket systems that leaders in Kyiv have requested for months, but no final decision has been made, two U.S. officials tell POLITICO.

Neither President Joe Biden nor Defense Secretary Lloyd Austin has approved the next batch of aid for Ukraine, the officials said. But the U.S.-made Multiple Launch Rocket System and the High Mobility Artillery Rocket System, some versions of which can launch rockets farther than any weapons Ukraine currently possesses, could be part of the package.

Certain advanced munitions fired by the MLRS can reach up to 190 miles, but “no long-range strike weapons are being considered” as part of the package, one administration official cautioned. Instead, the U.S. is weighing supplying rockets that can travel roughly between 20 to 45 miles, further than the shells fired by the M777 howitzers sent to Ukraine in May, which can reach about 15 miles.

The White House has grappled for months over whether to send Ukraine weapons that would allow greater offensive capabilities. The Biden administration, and the West more generally, have to date declined to supply the longer-range munitions Kyiv desperately wants, including air power. President Volodymyr Zelenskyy has railed against the U.S. decision not to backfill Poland with F-16s when Ukraine asked for Polish MiG-29 fighter planes early in the war. But despite sending billions of dollars in military hardware to the front, Washington has worried about provoking Vladimir Putin into committing further atrocities or escalating to chemical or nuclear weapons if Ukraine launches larger-scale attacks inside Russia.

A new military and humanitarian aid package is expected to be announced next week, the first tranche of the $40 billion package approved by Congress and signed by Biden this month.

On Thursday, Pentagon spokesperson John Kirby emphasized that no final decision had been made.

CNN reported Thursday that the administration was taking steps toward approving the MLRS for Ukraine. POLITICO reported this month that the White House had been wrestling with the request, which was frustrating Ukrainians.

The rocket system approval would be the latest in a series of on-the-fly revisions in what the Biden administration said it was comfortable supplying to Ukrainian forces, from defensive weapons to howitzers and helicopters to armed drones.

Part of the gradual change in thinking comes as a result of the length and nature of the war. Before the Russian invasion, Western governments didn’t give the Ukrainian military more than a few days before it collapsed under the sheer weight of the Russian military once they crossed the border. But a combination of staggering Russian incompetence and dogged Ukrainian resistance bolstered by Western weapons has now pushed the war into its fourth bloody month.

While the fighting has surprised nearly everyone from Moscow to Washington, it has also meant that Western nations intent on helping Kyiv have had to constantly reassess what they’re willing to send.

It remains unclear how many MLRS could be sent to Ukraine or when. Fourteen countries currently operate the Lockheed Martin-made M270 MLRS, which was first produced for the U.S. Army in 1983.

The mobile, tracked system can fire 12 guided rockets in under a minute and can move again quickly before enemy artillery can zero in on its location. That mobility would likely play a huge role in fighting in the Donbas, which has developed into a long-range artillery duel.

Ukrainian forces already field multiple-rocket weapons inherited from the old Soviet Union, and the U.S. recently funded the purchase of “Smerch” MLRS from an unnamed allied country to send to the front. The Smerch can fire rockets up to 50 miles.

Officials in Kyiv have been asking for the MLRS and the lighter High Mobility Artillery Rocket System, since before the Feb. 24 Russian invasion, but the Biden administration has so far held off.

There have been concerns in the White House over the range of the MLRS, which if placed close to the border could fire deep into Russia, something the Biden team thought would be overly provocative to the Kremlin.

There is also the cost. The $13.6 billion in military and humanitarian aid the White House approved in early March provided millions of rounds of ammunition, loitering drones, 105 howitzer cannons and around 200,000 artillery shells. An administration official said the thinking was that the huge artillery package could have a greater impact than sending a handful of MLRS that the Ukrainians would likely need more training on.

In the Donbas, the howitzers have played a key role in smashing an entire Russian brigade as it tried to cross a pontoon bridge on Siversky Donets River, potentially killing over 400 Russian soldiers and destroying dozens of tanks and armored vehicles.