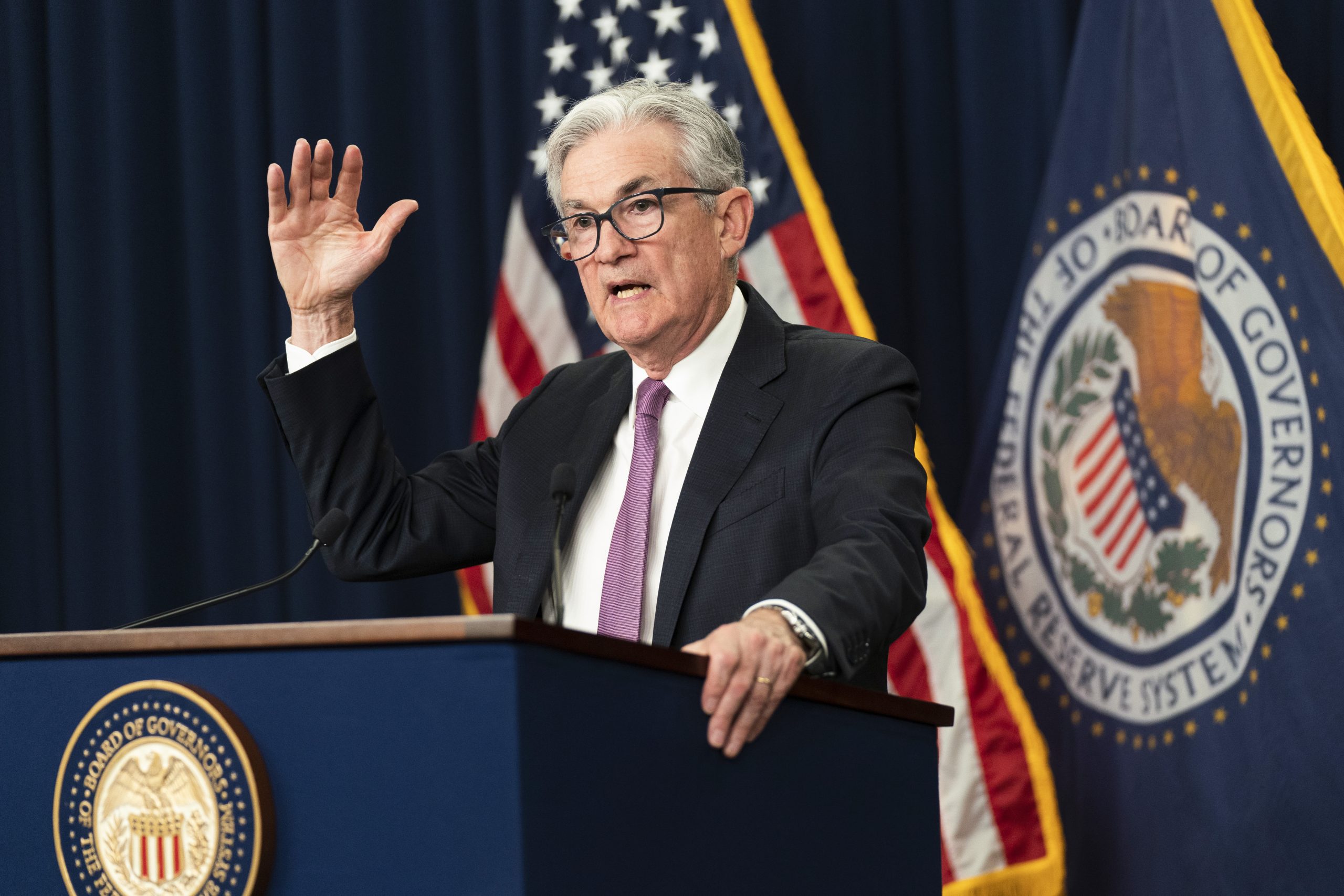 On the eve of the pandemic, Federal Reserve Chair Jerome Powell acknowledged that the world’s most important central bank was “more keenly aware” of how its policies affected other countries. | Manuel Balce Ceneta/AP Photo

The Federal Reserve’s efforts to fight inflation threaten to send the U.S. economy into a recession. They could also spark a series of economic crises in developing countries around the world.

Higher interest rates are making it more expensive for many emerging economies to pay off the crushing debt they took on to survive the pandemic. On top of that, the war in Ukraine has sent the cost of staples like food and fuel skyrocketing.

That’s bad news for dozens of countries where public finances are in perilous shape, such as Ghana, Kenya, Pakistan and El Salvador. The situation remains tenuous even for some larger emerging markets like Turkey that have underlying economic problems.

“There is certainly a fragility that could interact with tighter financial conditions in a way that could trigger a certain amount of stress, even in some fairly healthy emerging markets,” said Tobias Adrian, director of the International Monetary Fund’s monetary and capital markets department.

As the caretaker of the world’s reserve currency, the Fed has massive influence on global financial markets at a time when they are growing more tightly integrated. Monetary policies to slow inflation, such as raising borrowing costs, are transmitted primarily through these markets. As higher rates push up the value of the dollar, debt held in U.S. dollars anywhere in the world becomes more expensive to pay off.

The Fed’s rate hikes can also lead to severe outflows of capital from other countries as investors pull their money out of emerging markets to get a better return in the U.S. This can have destabilizing effects on their economies.

New data released Wednesday shows that emerging markets suffered a record-breaking fifth consecutive month of investors pulling their money out. The numbers, compiled monthly by the Institute of International Finance, a trade group for the global financial services industry, show that the capital flight — totaling $39.3 billion since March — is reaching the level of the “taper tantrum” crisis in 2013, when another move by the Fed to pull back support for the U.S. economy caused financial panic in some emerging markets.

The stewards of the global economy are warning of extreme uncertainty as the Fed and other major central banks ratchet up their moves to tighten financial conditions around the world to battle spiking inflation. The IMF’s latest update to its global economic outlook revised inflation upward to 6.6 percent in advanced economies and 9.5 percent in emerging markets — nearly a full percentage point higher than previously forecast.

Roughly 60 percent of low-income countries are in debt distress or close to it, according to the IMF. The amount of debt they could potentially default on totals $455.6 billion. If these countries were to default, it could mean hardship as governments would be unable to provide support for a wide swath of the world’s population.

But former officials and experts say the shape of a potential Fed-induced global debt crisis looks different than in the 1980s, when rate hikes sent many economies into collapse.

“Global financial markets have grown substantially as have capital flows, and the U.S. role in the global economy has somewhat declined with the rise of China and other emerging markets,” said Mark Sobel, a former Treasury official and U.S. chairman at the Official Monetary and Financial Institutions Forum think tank.

The impact of the Fed’s policies may be felt the most in countries that are already fighting high levels of inflation and tighter financial conditions due to domestic and global pressures. That includes Central and Eastern Europe and sub-Saharan Africa, which are being hit the hardest by the shock of high commodity prices on fuel and food as a result of Russia’s war in Ukraine.

Big emerging markets like Brazil, China and India may be less affected by the Fed’s moves.

“When I look around at the major emerging markets, those that are part of the G20, I do see a lot of stability, perhaps with one or two exceptions,” said the IMF’s Adrian, declining to name specific countries.

Central banks in many larger emerging markets have more credibility than they did decades ago because their policies are more data-driven and independent of political meddling. Many countries now also hold more foreign currency reserves or have less debt denominated in foreign currencies, such as the U.S. dollar, which makes them less exposed to debt in other currencies.

Still, debt-to-GDP ratios continue to rise even in many economically stable countries — a worrying trend for global financial stability.

No one, however, expects the Fed to pull any punches in its inflation-fighting campaign for the benefit of the global economy unless it serves U.S. interests.

“The Federal Reserve’s mandate is to deliver price stability and full employment in the United States. Full stop,” said Nathan Sheets, global chief economist at Citi who formerly served as undersecretary of international affairs at Treasury and directed the Fed’s international division.

“That is the perspective from which they view the domestic economy but also the global economy.”

If the Fed is not delivering economic and financial stability at home, the U.S. risks becoming a source of instability for the rest of the world, he said.

“Ultimately, the best way to support the rest of the world is to deliver that core mandate,” Sheets said.

On the eve of the pandemic, Fed Chair Jerome Powell acknowledged that the world’s most important central bank was “more keenly aware” of how its policies affected other countries.

“Pursuing our domestic mandates in this new world requires that we understand the anticipated effects of these interconnections and incorporate them into our policy decision making,” he said in a 2019 speech.

That’s an evolution from the 1980s when then-Fed Chairman Paul Volcker pushed interest rates to dizzying heights to bring down sky-high inflation in the U.S. — and later admitted that “Africa was not even on my radar screen.”

But there are few examples where the Fed has held back on policy decisions, such as rate hikes, because of global events. The central bank did hold off on an expected increase in 2015 and again in early 2016 because of market turmoil in China. But raising rates at that point may have had a negative impact on the U.S. economy.

“What it’s not really an example of is the Fed making a policy decision that was good for other economies but not good for the United States,” said Steven Kamin, a senior fellow at the American Enterprise Institute who served as the Fed’s international division chief from 2011 to 2020. “It will be nearly impossible to find such an example.”

Clearly communicating when it might raise rates and setting expectations for how much may be the Fed’s best tool to avoid sending shockwaves around the world. That could be the main reason why its moves have not yet caused widespread crises in other countries.

The impact “is more limited than maybe would have been expected from a historical sense, and I think that’s because of the communication from the Fed,” said Sebnem Kalemli-Ozcan, an economics professor at the University of Maryland who studies the Fed’s impact on emerging markets. “The Fed is now very clearly communicating.”