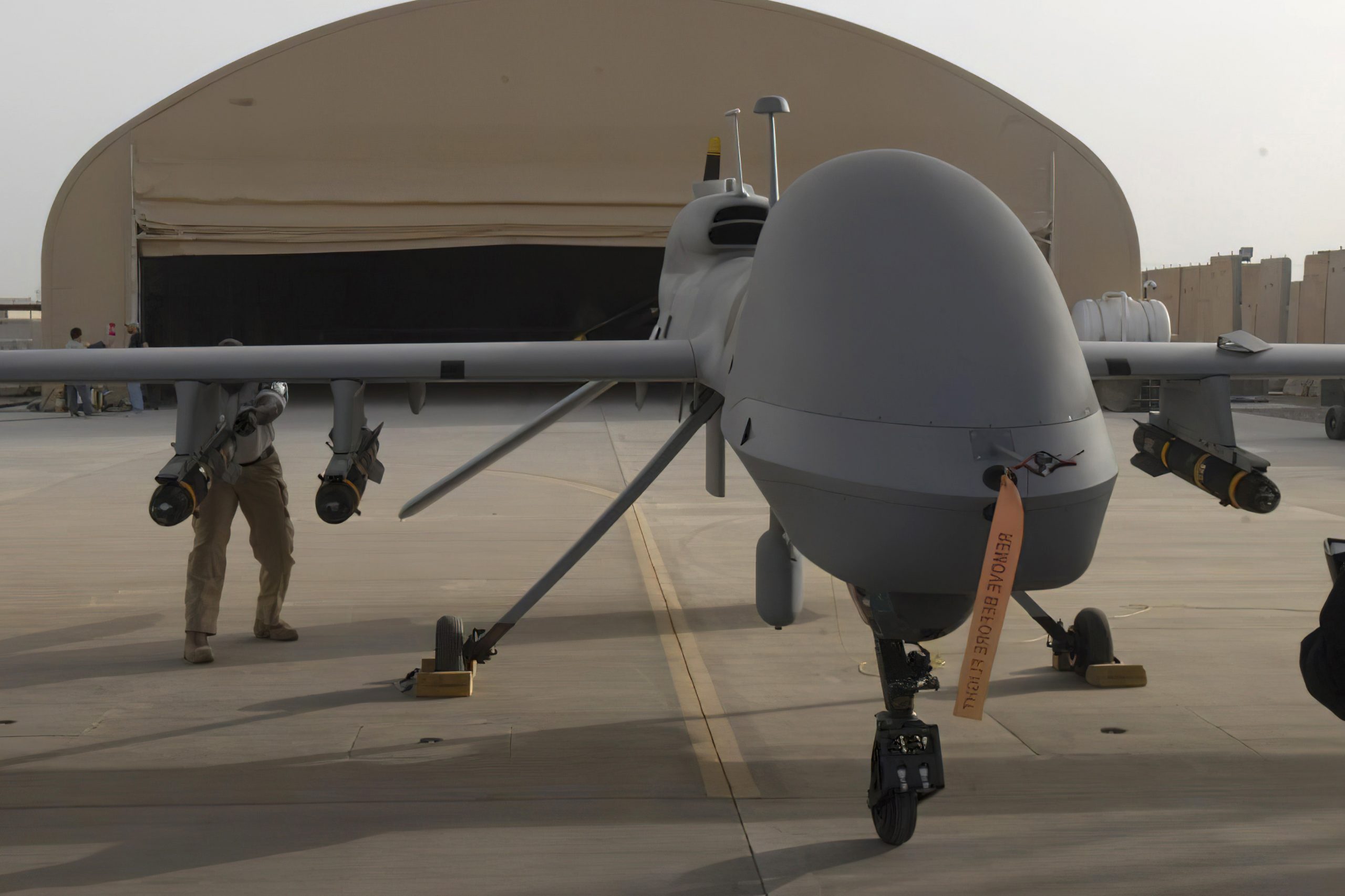 The final decision on whether to send the drones to Ukraine falls to Defense Secretary Lloyd Austin. | AP

The Ukrainians want it. The Americans are working to give it. But the decision to send a powerful unmanned drone to Kyiv’s forces is delayed over a nagging fear: What happens if the sensitive technologies aboard the aircraft end up in Russia’s hands?

A small but important Pentagon office is reviewing a Raytheon Technologies-made electro-optical/infrared ball on the MQ-1C Gray Eagle drone. The technology, known as the Multi-Spectral Targeting System (MSTS), provides real-time intelligence, targeting and tracking to its operators. The Biden administration initially worried that the drone and the instruments it carries would pose too many training and logistic challenges for the Ukrainian military.

But the biggest concern now, per four people familiar with the discussions, is that Russia could capture one or more of the drones and steal the technologies. There’s also fear the platform itself isn’t “survivable” in Ukraine’s grueling war, namely due to Russia’s air defenses and the number of missiles and rockets streaking across Ukrainian skies.

The Gray Eagle, manufactured by General Atomics, was built as an upgrade to the MQ-1 Predator and can fly for over 27 hours, travel 2,500 nautical miles and can carry Hellfire missiles. The drone has been used in U.S. operations in the Middle East and sub-Saharan Africa.

The Defense Technology Security Administration, a Pentagon office charged with ensuring U.S. national security needs are met during international weapons transfers, is currently assessing the risks of sending MSTS-equipped Gray Eagle drones to Ukraine. A senior U.S. defense official said it’s not a guarantee that the office will give the green light, and no recommendation has yet reached the desks of senior leaders in the Pentagon.

The final decision on whether it’s wise to send Gray Eagles to Ukraine falls to Defense Secretary Lloyd Austin, but he’s not expected to weigh in for many more weeks, three of the people said.

The Pentagon is basically back to where it was in June, when a final decision was held up due to training and logistics concerns — particularly over worries that the drones are more complex to operate than the smaller, short-range Switchblade and Phoenix Ghost drones the U.S. has sent to Ukraine, POLITICO reported at the time.

The delay continues to rankle Ukrainian officials, who made the request for four of the aircraft earlier this year. Kyiv has made clear the necessity of finding the positions of Russian troops. Some Ukrainian fighter pilots, though, say the Gray Eagle might not be that helpful because for attack missions it must fly close to Moscow’s forces.

“It’s a very capable platform … but as for me, it’s very dangerous to use it just on the front line. It’s not Afghanistan here,” a fighter pilot who goes by “Juice” told The War Zone in June.

“We have, in fact, contracted for multiple different kinds of UAVs for Ukraine and we will continue to do so. UAVs for us, from our perspective, are an essential part of this fight,” national security adviser Jake Sullivan said at the Aspen Security Forum last month, noting the U.S. has also helped other countries send their drones to Kyiv.

Another hurdle is that Gray Eagles require extensive ground infrastructure, such as secure communications links and large paved landing strips, and it’s not clear where Kyiv could base the drones or their pilots.

Drone manufacturer General Atomics began advocating to send Gray Eagles to Ukraine after a meeting between Ukrainian Ambassador Oksana Markarova and General Atomics-Aeronautical Systems CEO Linden Blue on April 12, according to one person with knowledge of the conversation. GA-ASI is a subsidiary of General Atomics.

Weeks later, on May 2, the company offered to pay for the training for the initial group of Ukrainian MQ-9 operators and maintainers. This included international travel and per diem costs to move the deal forward, said General Atomics-Aeronautical Systems spokesperson C. Mark Brinkley.

The company proposed an accelerated training schedule — 12 hours a day, seven days per week for approximately five weeks — to get Ukrainian operators up to speed. The training would include a mix of academics, simulator time, live flights and exercises, Brinkley said.

“We remain committed to the Ukrainian people. They’re fighting the fight of their lives, and our offer to begin training them remains,” Brinkley said.

Congress still has a say in the transfer and could block the arrangement.