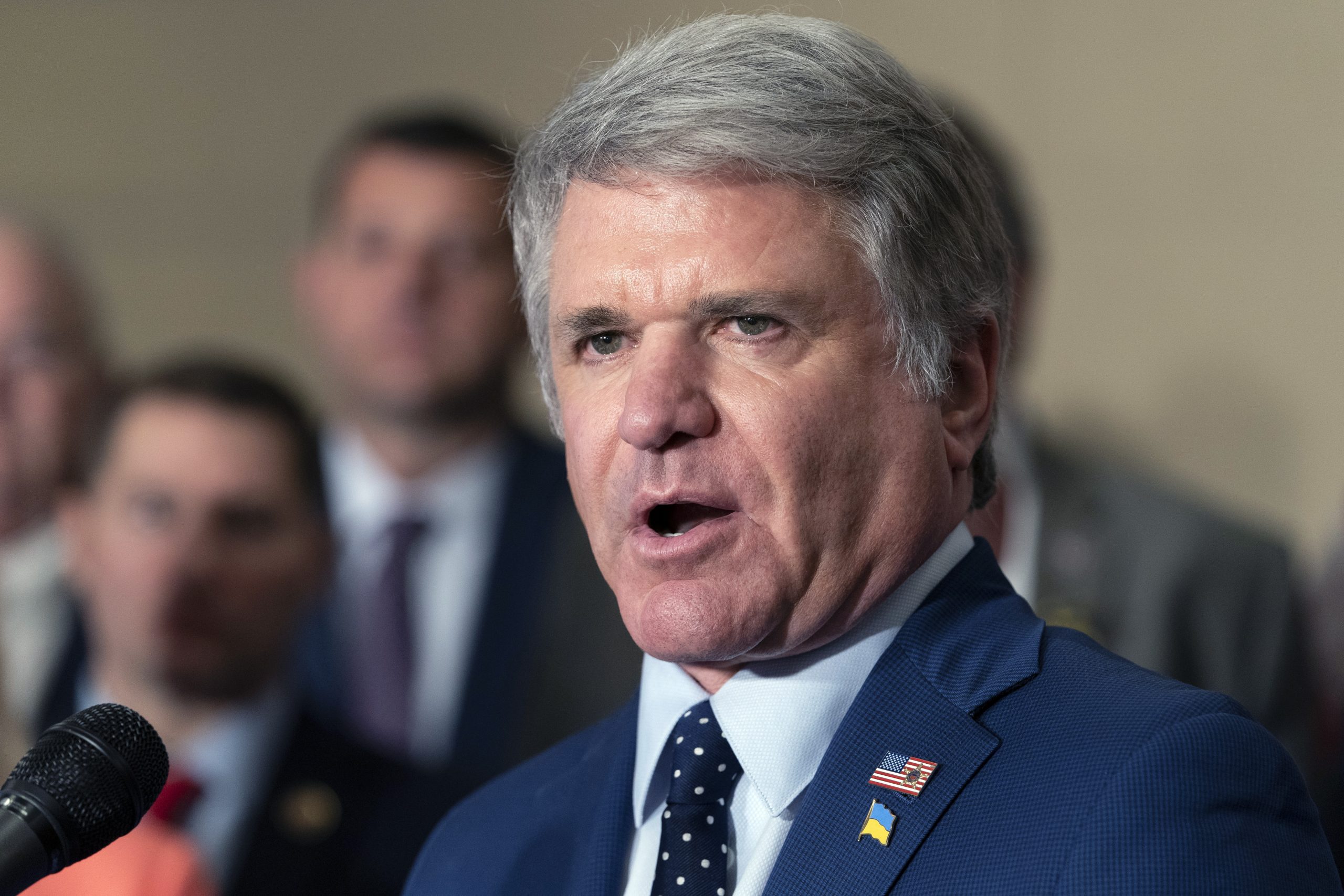 The incoming Republican chairs of three top House committees delivered a fresh warning that the drawn-out fight over the speakership is damaging the chamber’s national security oversight.

Ahead of an expected seventh vote Thursday, the presumptive chairs of the Intelligence, Armed Services and Foreign Affairs panels issued a statement backing Rep. Kevin McCarthy’s embattled bid for speaker. They warned that the days-long drama risks delaying their committees’ work even further.

“The Biden administration is going unchecked and there is no oversight of the White House, State Department, Department of Defense, or the intelligence community,” Reps. Mike Turner (R-Ohio), Mike Rogers (R-Ala.) and Michael McCaul (R-Texas) said.

“We cannot let personal politics place the safety and security of the United States at risk,” they said.

The trio’s shot at the 20 conservative holdouts preventing McCarthy from taking the gavel comes as concerns mount among security-oriented lawmakers that they can’t do their work until a speaker is elected. Those complaints in the opening days of the new Congress include not being able to access classified information and an inability to begin committee work.

Until a speaker is elected, lawmakers cannot be sworn in. Committees won’t form, new Republican chairs won’t be confirmed, new members won’t be appointed to panels and subcommittee chairs won’t be named.

The Intelligence, Armed Services and Foreign Affairs panels — chaired by Turner, Rogers and McCaul, respectively — feature prominently in the GOP agenda. The lawmakers reiterated they “strongly support” McCarthy as the fight heads into a third day.

“McCarthy’s Commitment to America agenda outlines a stronger approach to countering China, a plan to investigate the botched withdrawal from Afghanistan, and how a Republican majority will hold this administration accountable,” they said.

It’s the most high profile warning so far as McCarthy and his allies look to break a logjam on the House floor. But Democrats and Republicans tasked with oversight of the Pentagon and intelligence community have been sounding the alarm throughout the week about the impact of a drawn–out fight.

House GOP military veterans aired their concerns at a press conference on Wednesday.

Rep. Mike Gallagher (R-Wis.) said he and fellow Armed Services member Don Bacon (R-Neb.) were scheduled to meet with Joint Chiefs Chair Gen. Mark Milley in secure House facilities on Wednesday to discuss security in the Indo-Pacific region, but were barred from doing so.

“I’m informed by House security that, technically, I don’t have a clearance,” Gallagher told reporters. “I’m a member of the Intel Committee, I’m on the Armed Services Committee, and I can’t meet in the SCIF to conduct essential business.

“My point is we have work to do that we can’t do right now,” he added.

Lawmakers aren’t required to obtain security clearances, but are permitted access to sensitive information through their positions.

Gallagher has also been tapped by McCarthy to chair a select committee to assess the wide array of security and economic threats posed by China. The panel is a major pillar of the House GOP national security agenda, but a resolution establishing the committee can’t be considered until the House elects a speaker and organizes.

“The secure facility that we work in every day when we’re here, we can’t go in there right now,” Wenstrup said. “We would get daily briefs. We’re in there all the time. And right now, we can’t be in there at all.”

The concerns are bipartisan. Incoming Armed Services ranking Democrat Adam Smith of Washington said the chaos on the House floor is “a problem” for committee work.

“We’re going to be without any committees for potentially weeks,” Smith told POLITICO.

It’s unclear how long McCarthy can sustain his bid. Though he has the backing of the majority of the GOP conference, the California Republican has flipped no votes in his favor in six ballots.

McCarthy may have made progress overnight with a series of concessions to conservatives, however, including allowing a lower threshold for forcing a vote to oust the speaker and granting seats on the House Rules Committee to members of the right-wing House Freedom Caucus.

His path to the speakership may include granting some coveted gavels to conservatives.

Bloomberg reported Wednesday that Rep. Matt Gaetz (R-Fla.), a top McCarthy opponent, is seeking an Armed Services subcommittee gavel, among other conservative lawmaker requests for committee spots. But Gaetz later said McCarthy solicited a list of committee assignments conservatives wanted and then leaked it to embarrass them. Gaetz has since said he will never back McCarthy.

But Rogers, the presumptive Armed Services chair, acted as an enforcer for McCarthy ahead of the floor battle. The Alabama Republican argued in a closed-door meeting on Tuesday before the speaker election that GOP members who vote against McCarthy should lose their committee assignments.

And Rogers dismissed the possibility of handing a subcommittee gavel to Gaetz on Wednesday, though the issue may now be moot.

“Everybody else has to go through the Steering Committee and make their case. … They want to skip all that,” Rogers told POLITICO. “And of course I’m going to tell one of my subcommittee chairs, ‘Yeah, I want you to step aside so I can reward Matt Gaetz with a chairmanship.’”