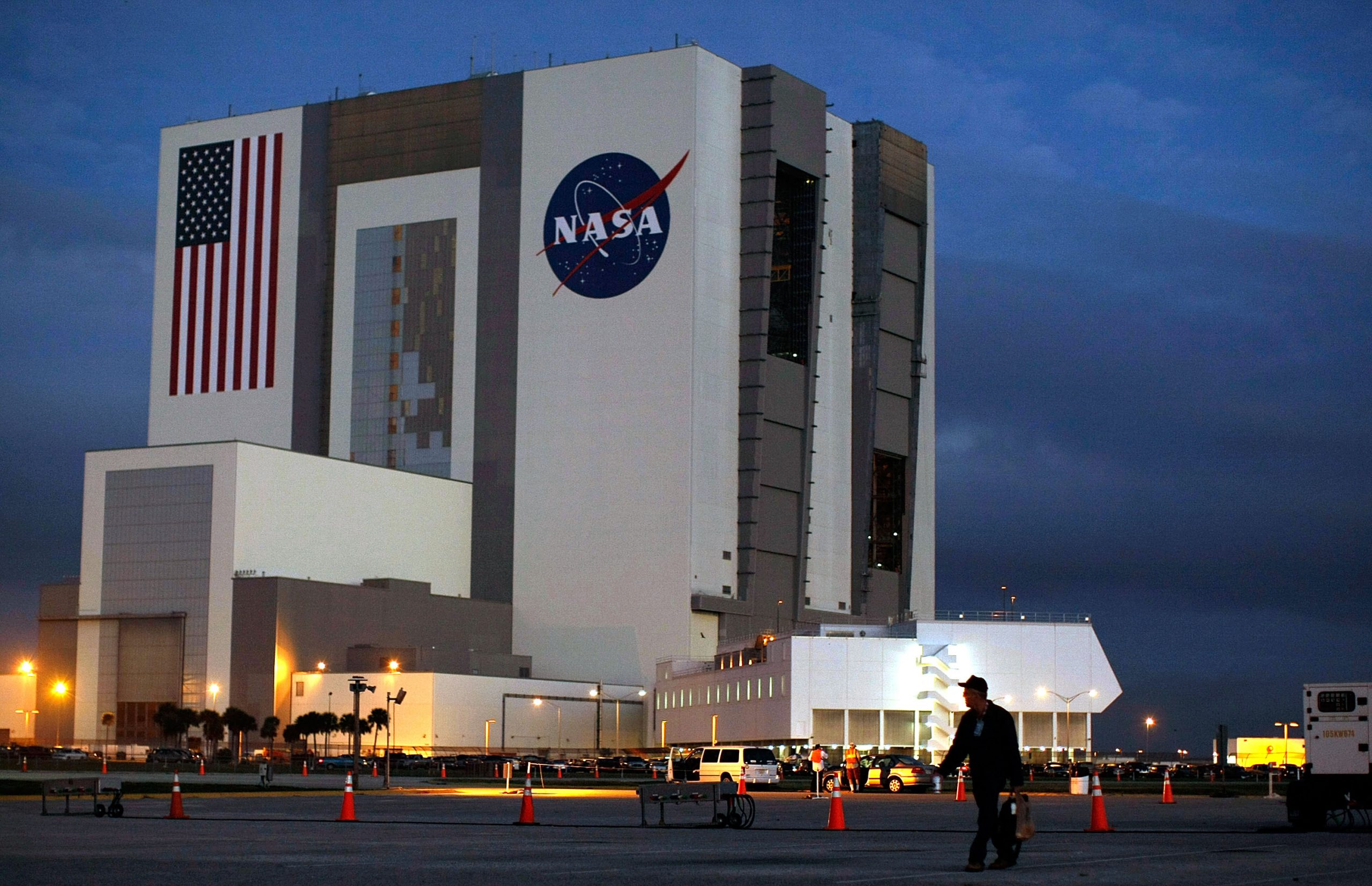 Clouds are seen behind the NASA’s Vehicle Assembly Building at the Kennedy Space Center on February 7, 2008 at Cape Canaveral, Florida. | Mark Wilson/Getty Images

NASA announced Thursday that it’s launching a scientific study of reported sightings of UFOs, the latest in a wave of federal agencies trying to understand the nature of a series of unidentified aircraft flying in protected airspace in recent years.

The goal of the study, which is due to be wrapped up in nine months, is meant to improve aircraft safety while gaining a better overall understanding of the aircraft, which the government refers to as “unmanned aerial phenomena,” or UAPs.

“NASA is uniquely positioned to address UAPs,” said Daniel Evans, the agency’s assistant deputy associate administrator for research. “Who other than us can use the power of data and science to look at what’s happening in our skies?”

NASA plans to recruit some of the nation’s leading scientists and aeronautics experts to participate in the study.

“There are phenomena we don’t understand,” said David Spergal, leader of the study and president of the Simons Foundation, a New York-based academic organization. “How do we start to make progress on a very limited set of observations? We start by trying to figure out what data is out there.”

The project is separate from the Pentagon’s effort, which is gathering information from a host of federal intelligence agencies on the phenomena over the past few years. NASA plans to share its findings publicly once the study is complete.

“It’s extremely important to us that this remains a fully-transparent, open and therefore unclassified study,” Evans said. “We’re going to have public meetings about this, too.”

NASA stressed the project will be conducted no differently than any other scientific investigation the space agency undertakes, and will cost no more than $100,000.

The announcement comes amid soaring interest in UFOs by Congress, the administration and the American public. In May, Defense Department officials testified before a House Intelligence subcommittee on the progress of the Pentagon’s Airborne Object Identification and Management Synchronization Group.

Scott Bray, deputy director of naval intelligence, testified that the group has received more than 400 UAP reports, noting that the stigma for reporting incidents has been reduced.

Bray also testified that the Pentagon observed an increasing number of UAP sightings since the early 2000s, a fact that has puzzled lawmakers as questions emerge whether the phenomena present a national security threat by a potential adversary.

Like the Pentagon, NASA also hopes its efforts will help reduce the stigma associated with reporting UAPs. While the findings may also help in the agency’s search for alien life, more data likely will be needed to draw those conclusions as the organization has no evidence UAPs are extraterrestrial in origin.

Thomas Zurbuchen, NASA’s associate administrator for science, said he believes the possibility of the sightings representing extraterrestrial life is a high bar to reach and that a better understanding lies in the data used in the study, some of which already exists in public archives.

“We have demonstrated over the past years our interest in the overall question of finding life elsewhere and also finding intelligent life elsewhere using the tools of science,” Zurbuchen said.

NASA Administrator Bill Nelson has already made public comments about the sightings, emphasizing their mystery may be cause for concern.

“We hope it’s not an adversary here on Earth that has that kind of technology,” Nelson said at an October virtual discussion at the University of Virginia. “But it’s something.”