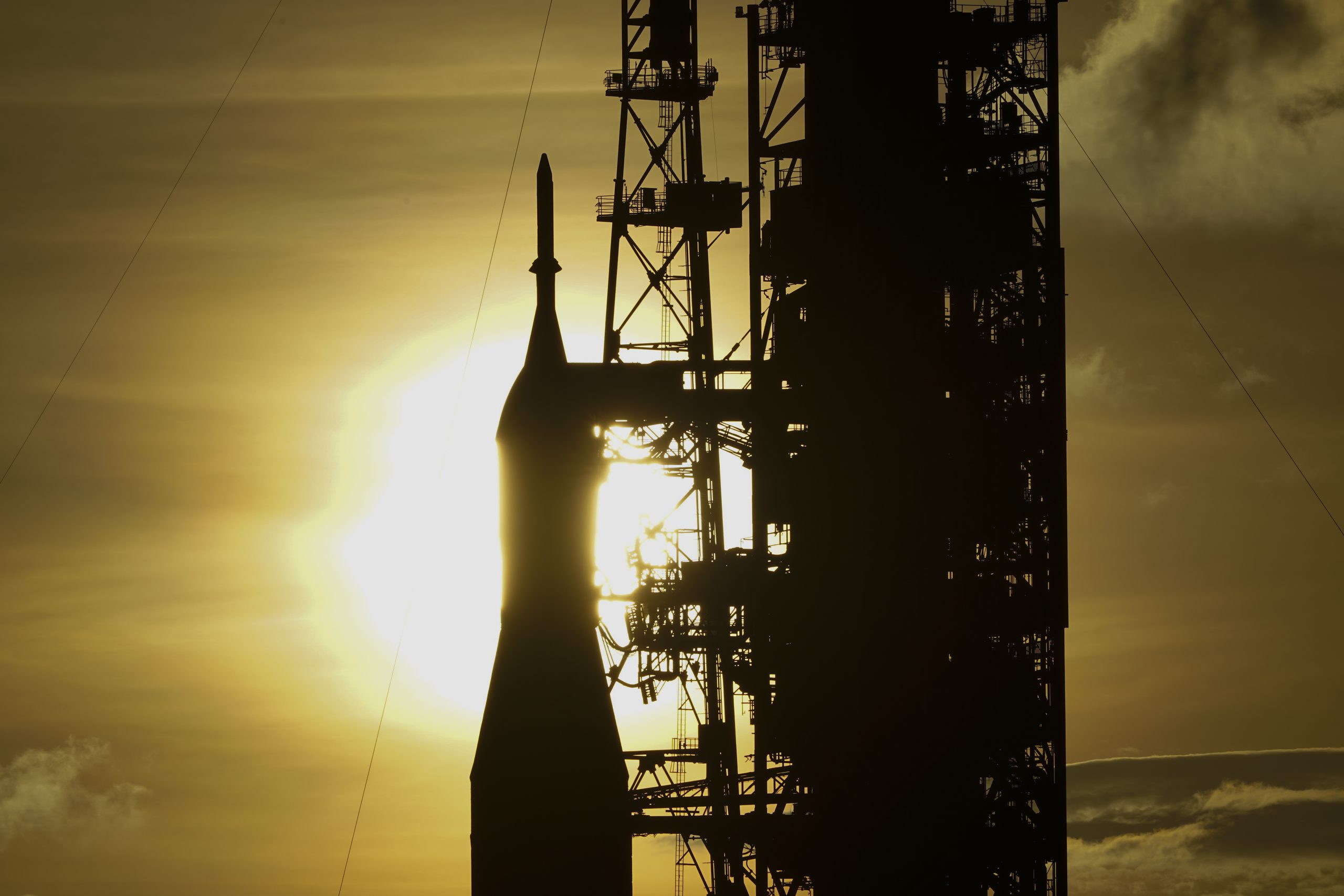 NASA will attempt the more than month-long lunar test flight with three mannequins, but no astronauts, as early as Aug. 29. | John Raoux/AP Photo

NASA will attempt the more than month-long lunar test flight with three mannequins, but no astronauts, as early as Aug. 29. There are also two launch dates in early September, before NASA would have to stand down for two weeks.

NASA’s Jim Free noted the test flight begins “our Artemis program to go back to the moon.” The space agency’s new lunar program is named Artemis after Apollo’s twin sister in Greek mythology.

The 30-story Space Launch System rocket and attached Orion capsule are currently in the hangar at Kennedy Space Center, following repairs stemming from last month’s countdown test. Fuel leaks and other technical trouble cropped up during NASA’s repeated launch rehearsals at the pad.

NASA officials assured reporters Wednesday that the problems have been resolved and that testing is almost complete. But they cautioned the launch dates could slip, depending on the volatile Florida weather and issues that might arise before the rocket is supposed to return to the pad on Aug. 18.

At 322 feet (98 meters), the rocket and Orion capsule are taller than the Statue of Liberty.

If Orion’s trip to the moon and back goes well, astronauts could climb aboard in 2023 for a lunar loop-around and actually land in 2025.

Astronauts last explored the moon in 1972. The first of the 12 moonwalkers, Neil Armstrong and Buzz Aldrin, stepped onto the dusty gray surface on July 20, 1969, while Michael Collins orbited the moon.

The 92-year-old Aldrin, the sole survivor of the three, noted the anniversary in a tweet: “Neil, Michael & I were proud to represent America as we took those giant leaps for mankind. It was a moment which united the world and America’s finest hour.”