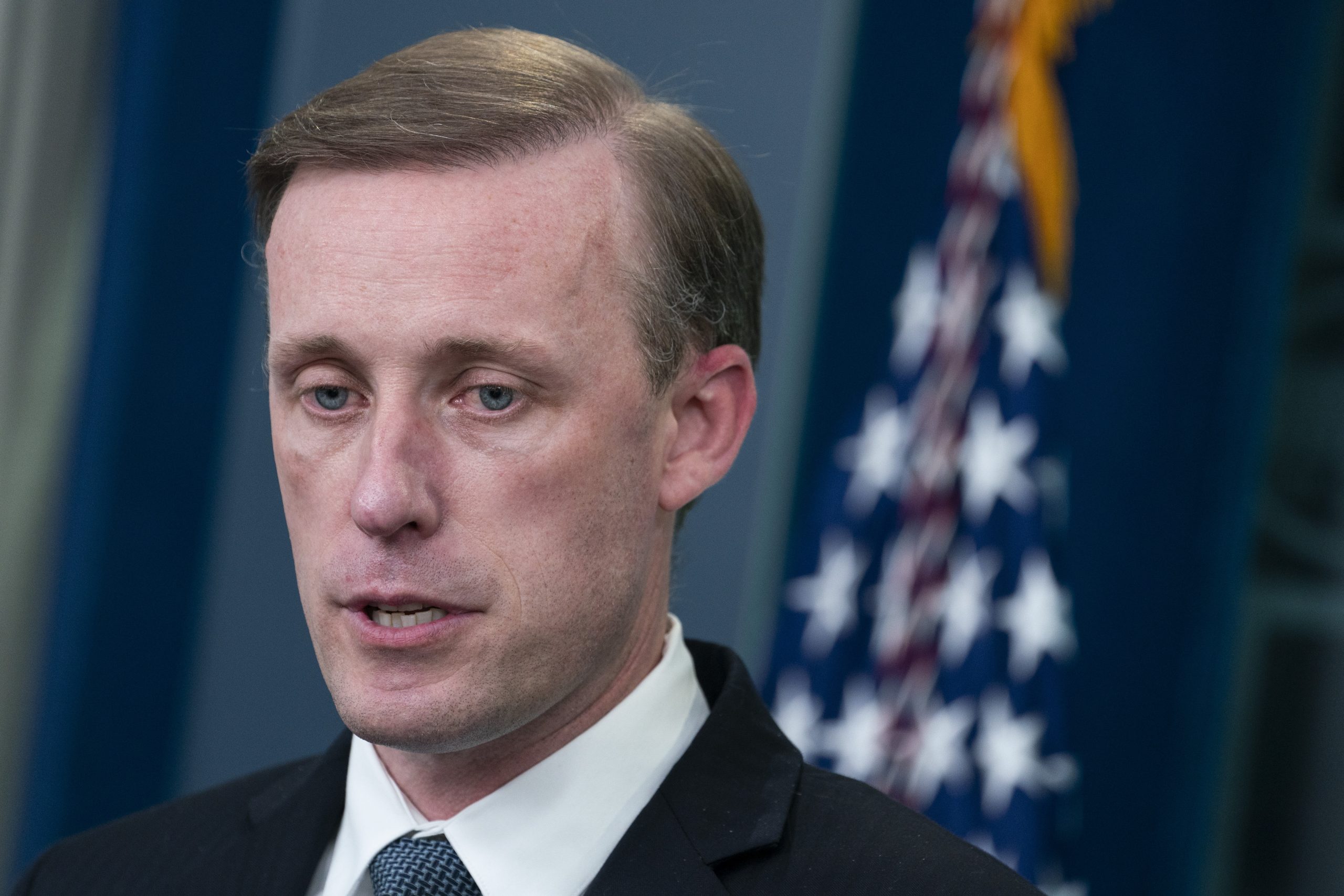 National security adviser Jake Sullivan said it is “unclear” whether Iran has delivered as many as a “several hundred” drones to Russia. | Evan Vucci/AP Photo

The Iranian government is preparing to send “several hundred” drones, including some equipped with weapons, to Russia at some point in July, national security adviser Jake Sullivan told reporters Monday.

Sullivan made the announcement during an afternoon briefing at the White House, where he said he was confident that with support from the West, Ukraine’s capital Kyiv will remain under Ukrainian control.

Then he pivoted to the toll the war has taken on Russia, particularly its weapons.

“Our information indicates that the Iranian government is preparing to provide Russia with up to several hundred [unmanned aerial vehicles], including weapons-capable UAVs on an expedited timeline,” Sullivan said. “It’s unclear whether Iran has delivered any of these UAVs to Russia already.”

Iran will train Russian forces to use the drones as early as this month, he added.

“This is just one example of how Russia is looking to countries like Iran for capabilities that … have been used before we got the ceasefire in place in Yemen to attack Saudi Arabia,” Sullivan said.

“We will continue to do our part to help sustain the effective defense of Ukraine and to help the Ukrainians show that the Russian effort to try to wipe Ukraine off the map cannot succeed.”

Russian troops could be trained to use the technology quickly, said Michael Kofman, a research program director in the Russia Studies Program at the Center for Naval Analyses. But without specific knowledge about the drones, it’s difficult to gain an exact timeline.

“Russian forces have been losing reconnaissance drones in large numbers. Their own production capacity for armed drones is still nascent,” Kofman said. “They may be interested in Iranian loitering munitions or [combat drones]. This is one area where Iran may have more capacity.”

Since the war began in February, the U.S. has allocated tens of billions of dollars to support Ukraine with weapons, ammunition and humanitarian aid.

Ukrainian leaders have been in “near-daily contact” with U.S. military and political leaders regarding the country’s defense and how to reclaim territory taken by Russia, Sullivan said.

Sullivan made the comments ahead of President Joe Biden’s trip to Israel and Saudi Arabia this week, where Iran will be one of the major issues on the agenda.

Christopher Miller contributed to this report.