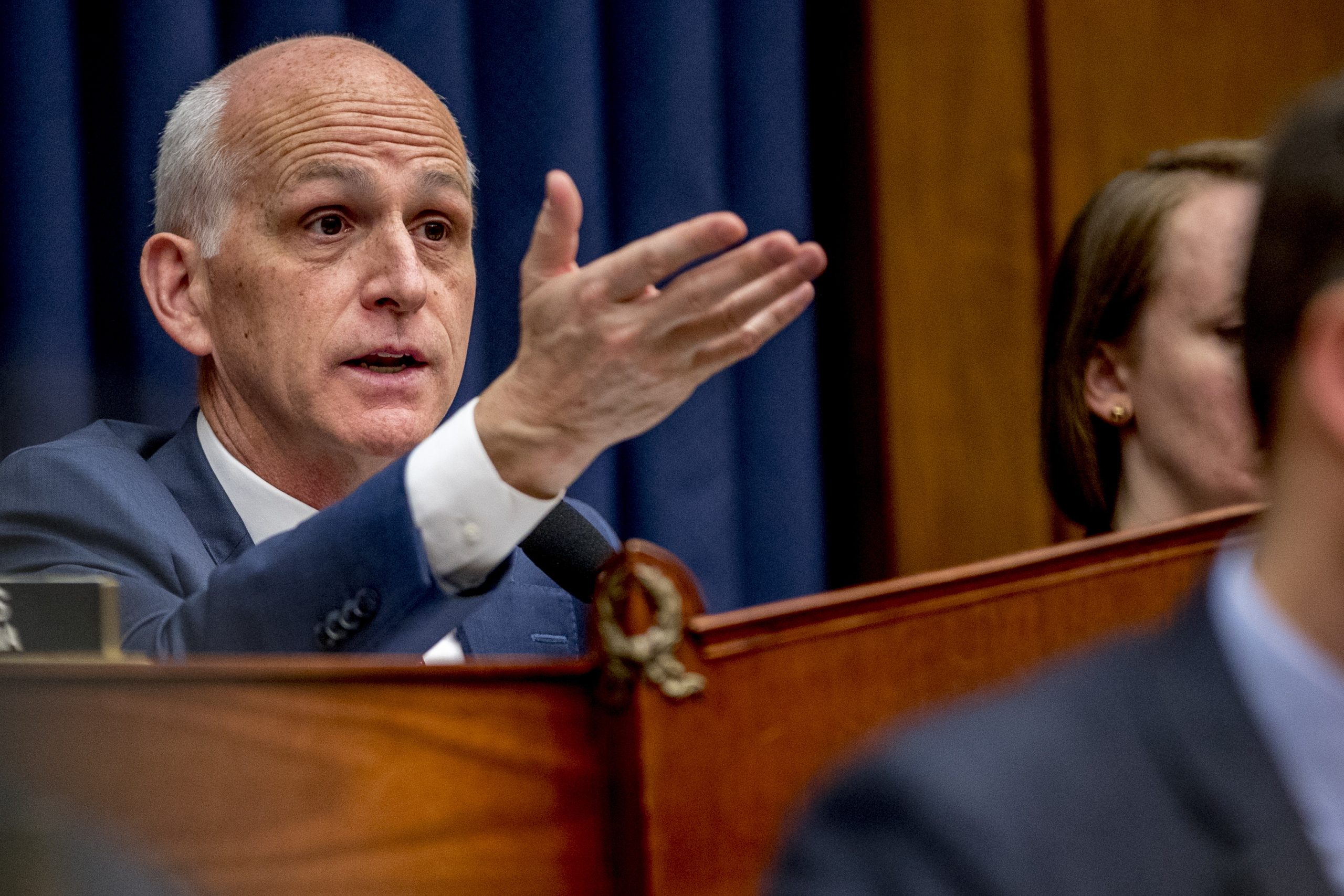 The $839 billion National Defense Authorization Act, approved in a 329-101 vote, is $37 billion more than the administration sought in military spending.

On top of the budget, the bill also rebukes several of Biden’s national security plans. Members maintained a nuclear cruise missile the administration planned to scrap, hampered F-16 sales to Turkey and limited the number of aircraft and ships the Pentagon can retire.

“It is the definition of a bipartisan bill,” said Rep. Mike Rogers of Alabama, the top Republican on the Armed Services Committee.

It includes billions for more aircraft and ships than the Pentagon sought, following a bipartisan vote by the House Armed Services Committee to raise the bill’s price tag by $37 billion. Republicans and a sizable number of Democrats saw Biden’s request — already a $30 billion increase from the current year — as not enough to keep up with runaway inflation and match challenges posed by China and Russia.

The final Pentagon topline will have to be hammered out by House and Senate leaders in a compromise defense bill. And lawmakers must also pass a spending bill that makes the increase a reality.

Lawmakers this week slugged it out over the size of the Pentagon budget. The House rejected a push by progressive Reps. Barbara Lee (D-Calif.) and Mark Pocan (D-Wis.) to revert the bill to Biden’s original $802 billion request, though most Democrats backed the effort.

House Armed Services Chair Adam Smith (D-Wash.) unsuccessfully fought against increasing the topline during a June committee markup. He backed the progressive push to slash the topline by $37 billion, arguing Biden’s budget level is sufficient to meet the military’s needs.

“It’s not like we aren’t spending money if we stick to the president’s budget,” Smith said. “I think that’s the number we should stick to.”

Biden’s quest to sell F-16 fighters to Turkey also suffered a setback at the hands of Democrats, as the House approved an amendment that added hurdles to the jet sale to the NATO ally amid concerns about its purchase of Russian weapons, violation of neighboring countries’ territory and human rights concerns.

The measure was adopted 244-179, with 184 Democrats backing the proposal. If the provision becomes law, Biden will have to certify that the sale is critical to U.S. national security.

Progressives suffered another blow by the inclusion of funding to continue the development of a sea-launched nuclear cruise missile, a program the White House sought to kill. But lawmakers added guardrails on the weapon by requiring an analysis of alternatives and the declassification of the Pentagon’s Nuclear Posture Review before funding can be freed up.

Most contentious issues that could have broken up the bill’s bipartisan coalition were kept off the floor, most notably a progressive-led effort to expand troops’ access to abortions at military medical facilities.

Still, Democrats muscled through some of their priorities.

The House narrowly approved a provision from Del. Eleanor Holmes Norton (D-D.C.) that grants the mayor of the District of Columbia the same control over its National Guard that governors of states have, whereas the city’s Guard powers are currently controlled by the president. The amendment was approved by the House after failing in the Armed Services Committee.

Democrats also voted to repeal the 2002 Iraq War authorization, a post-9/11 presidential power that authorized military force with Congress’ approval. Similar proposals have passed the House but haven’t yet seen action in the Senate, despite Senate Majority Leader Chuck Schumer (D-N.Y.) claiming the move was a priority.

Other proposals with no connection to defense were wrapped into the bill. Rep. Ed Perlmutter (D-Colo.) won inclusion of his legislation to allow cannabis businesses to access the banking system. A bipartisan proposal from Reps. Mikie Sherrill (D-N.J.), Democratic Caucus Chair Hakeem Jeffries (D-N.Y.) and others were included to eliminate the federal sentencing disparity between drug offenses for powder and crack cocaine.

A heightened budget topline saw lawmakers propose purchasing more aircraft and ships, and prevent the military from retiring many older weapons as a money-saving move.

It also requires the Navy to keep five of the nine littoral combat ships it sought to retire. Lawmakers turned back a push by Smith to allow the service to scrap all nine hulls.

The legislation also authorizes $1 billion for the Pentagon’s account to arm Ukraine as Russia’s invasion grinds on in the eastern Donbas region.

It also includes a provision requiring cadets and midshipmen at the military service academies to fulfill their service obligations before playing professional sports.

The bill also greenlights a 4.6 percent pay raise for troops. And it codifies Biden’s executive order raising the minimum wage for federal contractors across the government to $15 per hour.

The Senate has not yet voted on its own defense bill.

Senate Armed Services Chair Jack Reed (D-R.I.) told POLITICO that he aims to bring his version of the bill to the floor in September.