GOP prepares to battle itself over defense spending 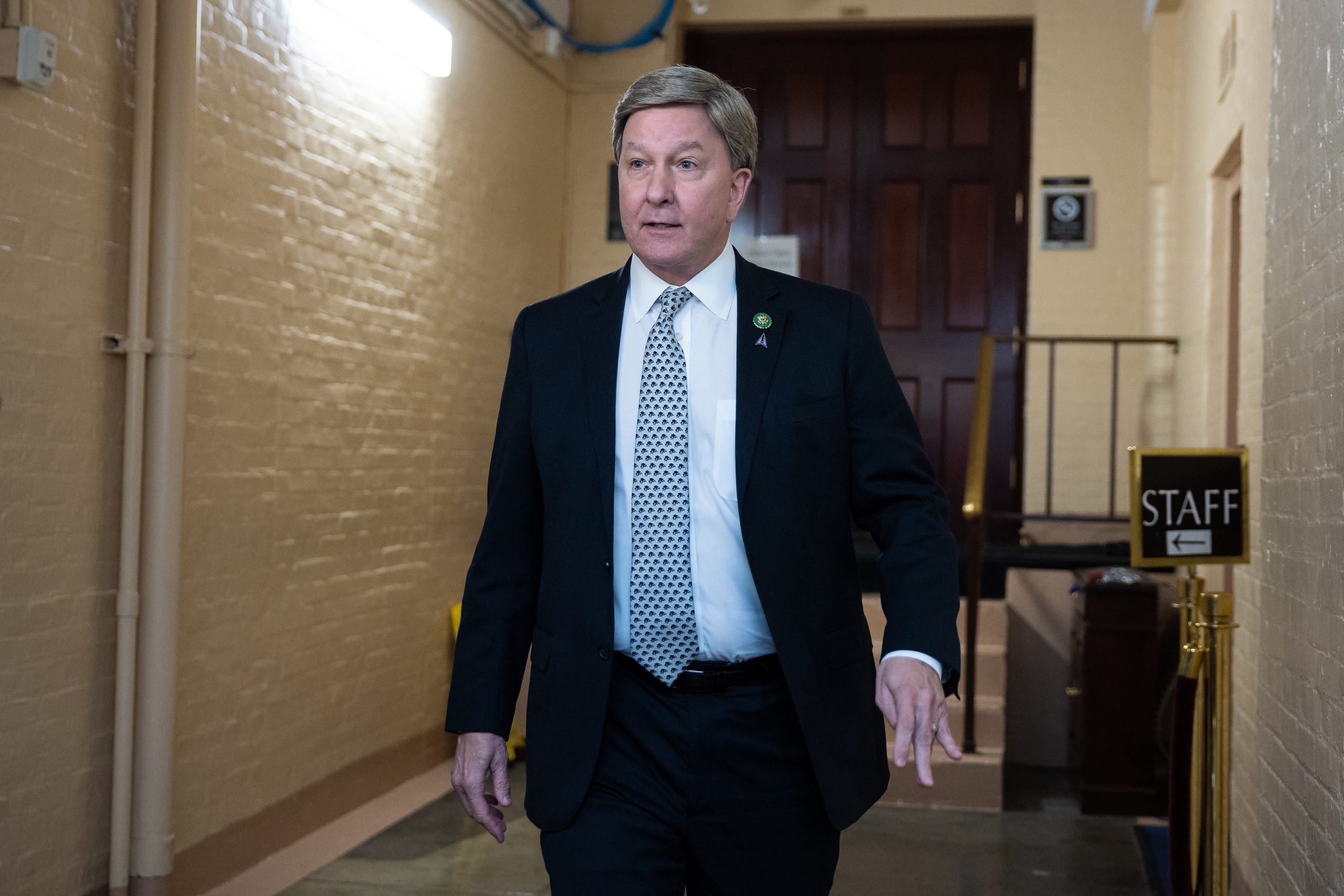 Less than two weeks after cementing another major increase to the Pentagon budget, lawmakers are now talking about going the opposite direction — and are even raising the specter of across-the-board cuts that rocked the establishment just over a decade ago.

An emerging deal between Speaker Kevin McCarthy and conservatives who initially opposed his bid for the gavel looks to exact deep spending cuts. This comes amid a looming partisan fight over the debt limit, compounding fears that overall spending is poised for a return to automatic reductions known as sequestration.

Among the concessions McCarthy made to secure the speakership was a vote on a budget framework that caps discretionary spending at fiscal 2022 levels and aims to balance the federal budget in a decade.

The nascent pact does not make a specific commitment on defense spending. Many Republicans have sought to quash chatter of Pentagon cuts, noting they could instead look to make reductions from the non-military side of the ledger. But if the Pentagon is not spared, reverting to last year’s budget levels would amount to a roughly 10 percent cut, wiping out a $75 billion increase enacted last month.

“Seems like we could be backing ourselves into sequestration,” warned Rep. Mike Waltz (R-Fla.), an Army veteran and Armed Services Committee member, on a Friday conference call with McCarthy and allies, POLITICO reported.

Arnold Punaro, a former top staffer on the Senate Armed Services Committee, said he is “not nearly as sanguine” that the Pentagon will end the year unscathed as some who’ve downplayed it.

“I remind people the last time we had a Republican House and Democratic president and a debt ceiling and spending confrontation we got the [Budget Control Act] and the sequester,” Punaro said.

A deal to vote on spending cuts isn’t part of a rules package governing the House that lawmakers will vote on when they return Monday. Yet defense spending will be part of the calculus for some Republicans.

Texas Republican Tony Gonzales plans to oppose the rules package in part because of his concerns about national security spending.

“This has a proposed billions of dollar cut to defense, which I think is a horrible idea when you have [an] aggressive Russia in Ukraine, you have a growing threat of China in the Pacific,” Gonzales said Sunday on CBS’s “Face the Nation.” “How am I going to look at our allies in the eye and say, ‘I need you to increase your defense budget,’ but yet America is going to decrease ours?”

Defense hawks are eyeing another real increase this year of up to 5 percent to meet threats posed by Russia and China and to mitigate high inflation. And supporters of increased defense spending are now warning up front that they outnumber the budget hardliners in the GOP conference.

“There’s a ton of defense hawks that are necessary to get to the math of 218,” Rep. Mike Gallagher (R-Wis.), a member of the Armed Services Committee, told POLITICO.

Fellow Armed Services Republican Don Bacon of Nebraska piled on, cautioning, “Most of us won’t vote for cuts to defense.”

Another Republican, Rep. Nancy Mace of South Carolina, told CBS she was “on the fence” on the rules package, citing concerns about the handshake agreements struck with conservatives and the potential for shrinking military spending.

“I don’t want to see defense cuts,” Mace said. “We don’t know what deals were made, and that’s something that we should be transparent about.”

Some conservatives who pressed for a pact on reducing spending attempted to tamp down talk of Pentagon cuts in the wake of the negotiations over the speaker’s gavel.

The office of Rep. Chip Roy (R-Texas), one of the conservative holdouts who cut a deal to support McCarthy and is a military spending skeptic, downplayed the possibility of defense cuts as spin by “big spending neocons & the military industrial complex.”

“[D]uring negotiations, cuts to defense were NEVER DISCUSSED,” Roy’s office wrote on Twitter. “In fact, there was broad agreement spending cuts should focus on NON-DEFENSE discretionary spending. This means cutting funding for the woke & weaponized bureaucrats that received massive increases under the $1.7 trillion omnibus.”

Even if defense becomes a target for fiscal hardliners, McCarthy can’t guarantee cuts. Gutting the domestic funding for this fiscal year that House Democrats enacted on their way out of power will almost certainly be rejected by the Senate, which remains in Democratic hands, and President Joe Biden.

If Republicans’ fiscal hard line doesn’t result in reduced spending, the gridlock will likely force Congress to put spending on autopilot. Funding programs through temporary continuing resolutions, which carry over the previous year’s levels and block new programs from getting started, is a long-running complaint of Pentagon brass.

“This backroom deal not only contradicts Republican calls for transparency, but it also kills the 2024 government funding process before it has even started, all but guaranteeing a shutdown,” chided Rep. Rosa DeLauro, the top Democrat on the House Appropriations Committee.

Roman Schweizer, an analyst with investment firm Cowen, is skeptical cuts will come to fruition but said in a Friday note to investors that spending debates in the divided Congress will still be “a mess.”

There’s still a faction of conservatives that’s unconvinced the Pentagon should get a pass.

“Everything has to be on the table,” said GOP Rep. Jim Jordan of Ohio, a co-founder of the House Freedom Caucus, on “Fox News Sunday.”

“Frankly, we’d better look at that money we send to Ukraine as well and say how can we best best spend the money to protect America,” he added. “I think that’s what the people elected us to do. That’s what we’re going to do.”

Fiscal hardliners may even find common ground with progressives who’ve long sought to restrain defense spending, though they’ve had little success because most Democrats and Republicans still back a larger Pentagon budget. And progressives would almost certainly reject cuts to domestic spending or holding the federal borrowing limit hostage.

“There are places I may actually agree with Republicans on defense cuts. I think it is absurd we are going to have almost a trillion dollar defense budget,” progressive Rep. Ro Khanna (D-Calif.) told “Fox New Sunday.” “And if they’re going to look at that and make certain cuts, then let’s have that conversation.”