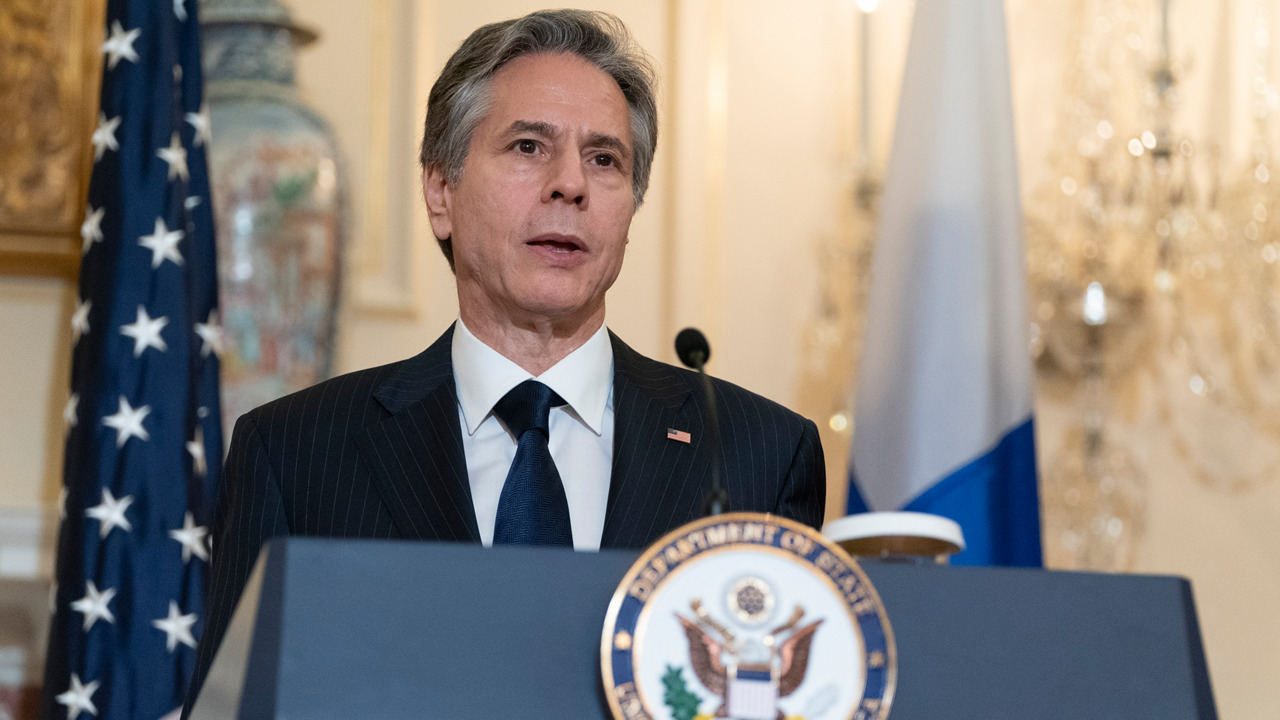 The High Mobility Artillery Rocket System (HIMARS) that the U.S. is sending is a mobile rocket launcher that can strike targets from 40 to over 300 miles away, depending on the type of rocket it is outfitted with.

The U.S. will provide Ukraine with more advanced rocket systems and precision-guided munitions that will give them an edge on the battlefield, President Joe Biden wrote in an opinion article in the New York Times published Tuesday.

But Kyiv has given the United States assurances that the new weapons will be used in Ukraine and not against targets in Russia, senior administration officials told reporters after Biden’s op-ed was published.

“America’s goal is straightforward: We want to see a democratic, independent, sovereign and prosperous Ukraine with the means to deter and defend itself against further aggression,” Biden wrote. “We do not seek a war between NATO and Russia.”

Ukrainian officials have been clamoring for advanced, longer-range rocket systems for weeks, but Washington has been concerned with the range of the weapons. Officials worried that sending weapons that could reach targets in Russia could provoke President Vladimir Putin into committing further atrocities or escalating the conflict by using chemical or nuclear weapons.

The High Mobility Artillery Rocket System (HIMARS) that the U.S. is sending is a mobile rocket launcher that can strike targets from 40 to over 300 miles away, depending on the type of rocket it is outfitted with. The rockets that the administration has decided to send are on the shorter end, reaching up to 48 miles, the officials said.

Along with the HIMARS, the U.S. will send “munitions that will enable the Ukrainians to more precisely strike targets on the battlefield from a greater distance,” according to one of the officials.

The officials stressed that the new rockets will be used solely to strike targets on the battlefield in Ukraine, not into Russia.

“We are not encouraging or enabling Ukraine to strike beyond its borders,” the official said.

In his op-ed, Biden addressed worldwide concerns about the conflict sparking a nuclear war. The U.S. currently sees “no indication that Russia has intent to use nuclear weapons in Ukraine,” Biden said though he stressed that Moscow’s “occasional rhetorical to rattle the nuclear saber is itself dangerous and extremely irresponsible.”

“Let me be clear: Any use of nuclear weapons in this conflict on any scale would be completely unacceptable to us as well as the rest of the world and would entail severe consequences,” Biden wrote.

The HIMARS and its munitions are part of a new $700 million aid package for Ukraine, which will be announced on Wednesday, the officials said. The package also includes counterfire radars, a number of air surveillance radars, additional Javelin anti-tank missiles, anti-armor weapons, additional artillery rounds, helicopters, additional tactical vehicles and spare parts, the second official said.

While there are limitations placed on their range, the HIMARS is a vastly more modern weapons system than anything the Ukrainians, or the Russians, can currently put on the battlefield. The vehicle-mounted launchers can fire volleys of six guided rockets at a time that land within several feet of their intended target, an accuracy unmatched in the artillery duels taking place across the Donbas in Eastern Ukraine. The vehicle carrying the launchers can also travel at more than 50 miles per hour.

The system can be reloaded within minutes and a new target can be digitally entered into the fire control system. The Russian and Ukrainian multiple-rocket systems currently in the fight can fire more rockets — a dozen to several dozen at a time — but each volley takes longer to load, and a new target must be physically resighted and the launchers redirected using cranks. Such a slow, labor-intensive process makes the vehicles juicy targets for the counter-battery radar systems the U.S. has rushed to Ukraine.

Only a few countries other than the United States operate the system: Jordan, the United Arab Emirates, Singapore and Romania. Poland and Australia have each ordered 20 HIMARS systems in recent years but have not yet taken delivery.