Biden enters the Always Be Closing phase of his first term 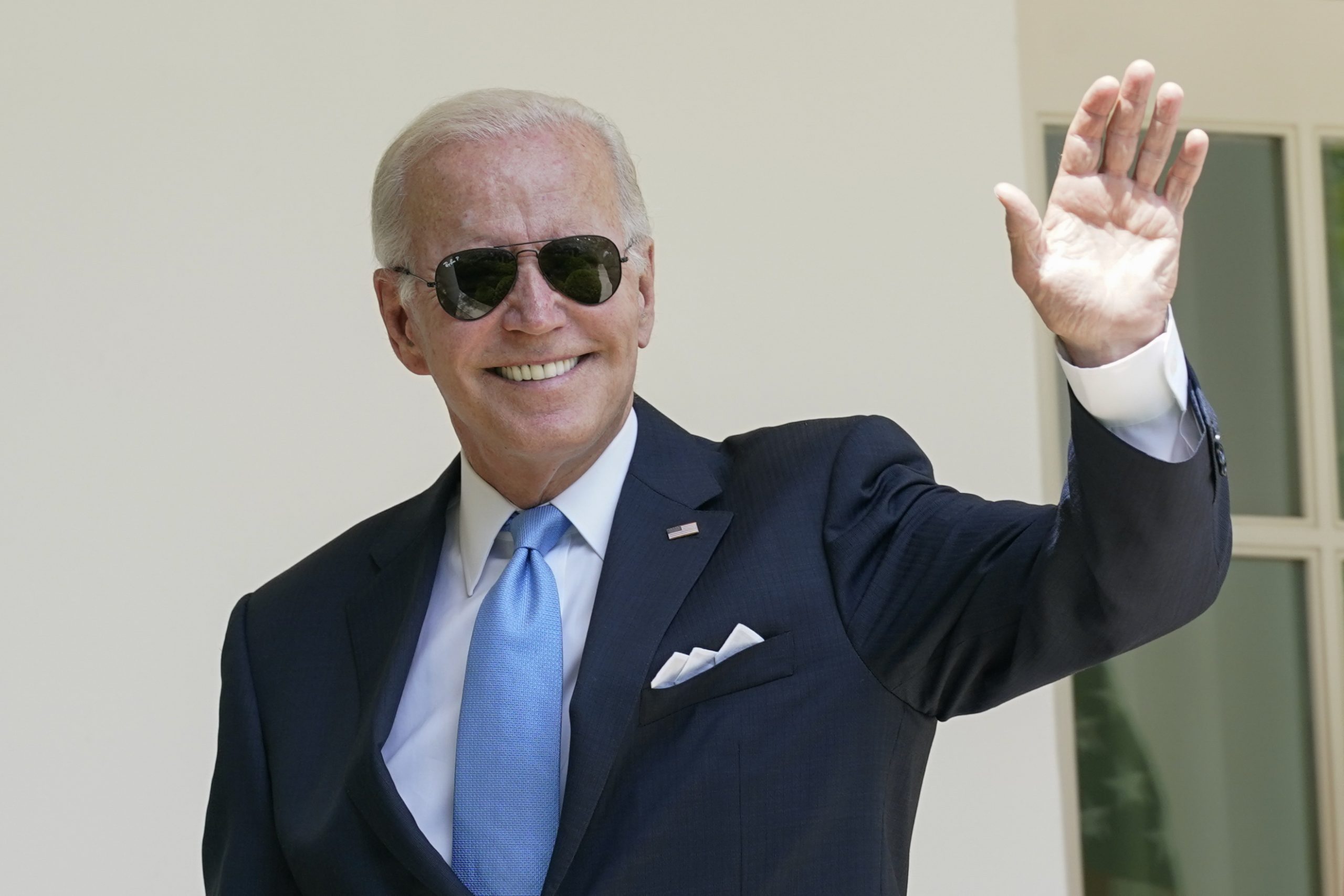 Those who have worked with Biden in the White House and on Capitol Hill say that the former seven-term senator relishes the role of legislative closer. | Susan Walsh/AP Photo

Somehow, someway, Joe Biden is back in the game.

After enduring a brutal year dominated by economic angst, legislative setbacks and sinking approval ratings, the president is suddenly on the verge of a turnaround that, the White House believes, could salvage his summer — and alter the trajectory of his presidency.

All he needs to do now is close.

“There’s just so much at stake here,” said one adviser to senior party leaders, describing how, overnight, a sense of enormity was added to the immediate calendar.

Over the next few weeks, the president will have to land centerpieces of his domestic agenda aimed at boosting the nation’s global competitiveness and revamping whole swaths of its economy. Major decisions on student loans and expanding abortion rights hang in the balance. There’s also the matter of containing twin outbreaks of monkeypox and the coronavirus, the last of which Biden just spent five days personally fending off.

If that weren’t enough, he’s juggling a slate of foreign affairs challenges as well — headlined by longer-term efforts to reset with Iran on a nuclear deal and negotiate the release of a basketball star and another American jailed in Russia.

It’s a massive political to-do list set against the backdrop of a midterm election likely to cost Democrats full control of Washington. And within a White House that’s often felt under siege, there’s broad recognition that how Biden executes on it will determine the difference between a historic first term and a tragic lost opportunity.

White House officials are approaching the moment with cautious optimism, energized by the fresh jolt of momentum for Biden’s top priorities in Congress, itself underscored by the passage Thursday of a bill designed to boost semiconductor production and better compete with China.

Yet they are also aware that many elements remain well outside their control.

The prospect of an eleventh-hour breakthrough on Democrats’ climate, tax and health care package after more than a year of stumbles has particularly captured the White House’s imagination. In the wake of Wednesday’s deal with holdout Sen. Joe Manchin (D-W. Va.), one senior aide contended the legislation could turn the tide for Democrats trying to persuade voters to keep them in power, allowing Biden and his party to draw an even sharper contrast with Republicans who they argue aren’t offering an alternative agenda.

“It very much changes how Democrats are going to look at the first half of this first term” if the bill passes, said Tobin Marcus, a former Biden adviser and current senior policy and politics strategist at investment bank Evercore ISI. “Democratic voters are going to feel a lot better about what this has all added up to.”

The deal also left Biden advisers feeling vindicated in their patient approach to the negotiations — a strategy that involved sticking to an administrationwide gag order even as the White House faced mounting criticism and second-guessing from within the party. It was a long-game approach that one senior aide described as a “ton of phone calls.”

Still, there is wariness about engaging in much preemptive celebration, especially for an administration so far defined by the outsize ambitions on which it’s largely failed to deliver. To that end, officials opted not to have Biden himself deliver remarks late Wednesday after Manchin announced the agreement, issuing a statement instead that leaned on caveats indicating the deal could still fall apart.

On Thursday, Biden took pains to point to the broad coalition of early bill supporters, from the former Obama economist Larry Summers to Sen. Elizabeth Warren (D-Mass.). The bill, Biden acknowledged, “is far from perfect.”

“It’s a compromise,” he added. “But that’s how progress gets made: from compromise.”

“And we’re not done — the president is going to continue to focus on growing our economy from the bottom up and middle out, cutting costs for families, making our communities safe, and protecting critical rights,” he said.

The progress Democrats have made so far has come with Biden taking a hands-off approach, deferring to Manchin and Majority Leader Chuck Schumer — though the West Wing was in close consultation with Schumer. Until this week, Biden hadn’t spoken with the West Virginia senator since a polite-yet-frosty December call in the hours after Manchin went on Fox News to torpedo the president’s legislative agenda.

In subsequent months, Biden would often grouse about the senator’s reluctance to commit to a deal, even as he said he understood that Manchin had to play to West Virginia voters. In certain quarters of the White House, a sense of skepticism took hold whenever Manchin signaled that he was ready to start negotiating again.

Yet there was a persistent belief that at some point Manchin would return to the table — even after the senator signaled two weeks ago he could support only a bare-bones health bill.

With an agreement in hand, the White House is now expected to play a more significant role in convincing a handful of remaining Democrats to take the victory that’s in front of them.

And those who have worked with Biden in the White House and on Capitol Hill say that while he may have steered clear of the weedy negotiations along the way, the former seven-term senator relishes the role of legislative closer.

“Traditionally, it’s certainly something he’s been good at,” said Marcus, pointing to the 2013 fiscal cliff deal Biden cut with Senate Republican Leader Mitch McConnell. “[H]e closed [that] when I think not a lot of other people would have been able to.”

The lingering question for Democrats, though, is whether getting the bill passed is going to be enough. Biden still must tackle a lingering pandemic that will require more funds to combat — itself dependent on the votes of congressional Republicans now steamed about what they perceive as a Manchin-Schumer sleight-of-hand. And while he’s overseen an economy hitting its lowest unemployment rate in decades, the reward has been persistently high inflation and poll numbers approaching historic lows.

Those stiff economic headwinds are unlikely to ease before November, souring voters on the party’s performance overall and drowning out more encouraging signs of progress.

On Thursday, new data showed the economy shrank for a second straight quarter — an additional blow in an environment that many voters say already feels like a recession, even as White House aides spent the past week arguing over whether the country is technically in one.

The administration is also likely to face intensifying pressure in the coming weeks to deliver plans for forgiving student debt, protecting abortion access and containing the monkeypox outbreak — delicate issues that, if mishandled, threaten to fracture Democrats’ coalition and bring a swift end to the party’s current era of good feelings.

Biden officials have latched on to signs that the oil supply crunch that sent gas prices soaring in the spring is finally easing, in hopes that relatively lower costs at the pump may buy them some goodwill. Though Covid continues to surge, deaths have not done the same — prompting aides to cast it as evidence that their strategy of vaccines and treatments is working.

But especially among some longer-serving, more jaded aides who have watched the administration get hit with crisis after crisis, the spate of good news has them bracing for the other shoe to drop. Even after Biden quickly recovered from his own Covid case, a senior official said it would fit with the White House’s bad luck for him to spoil the round of positive press by becoming one of a minority of patients to suffer a second “rebound” illness.

“The president is going to rebound,” the official said, half-joking. “Those things just happen to us.”