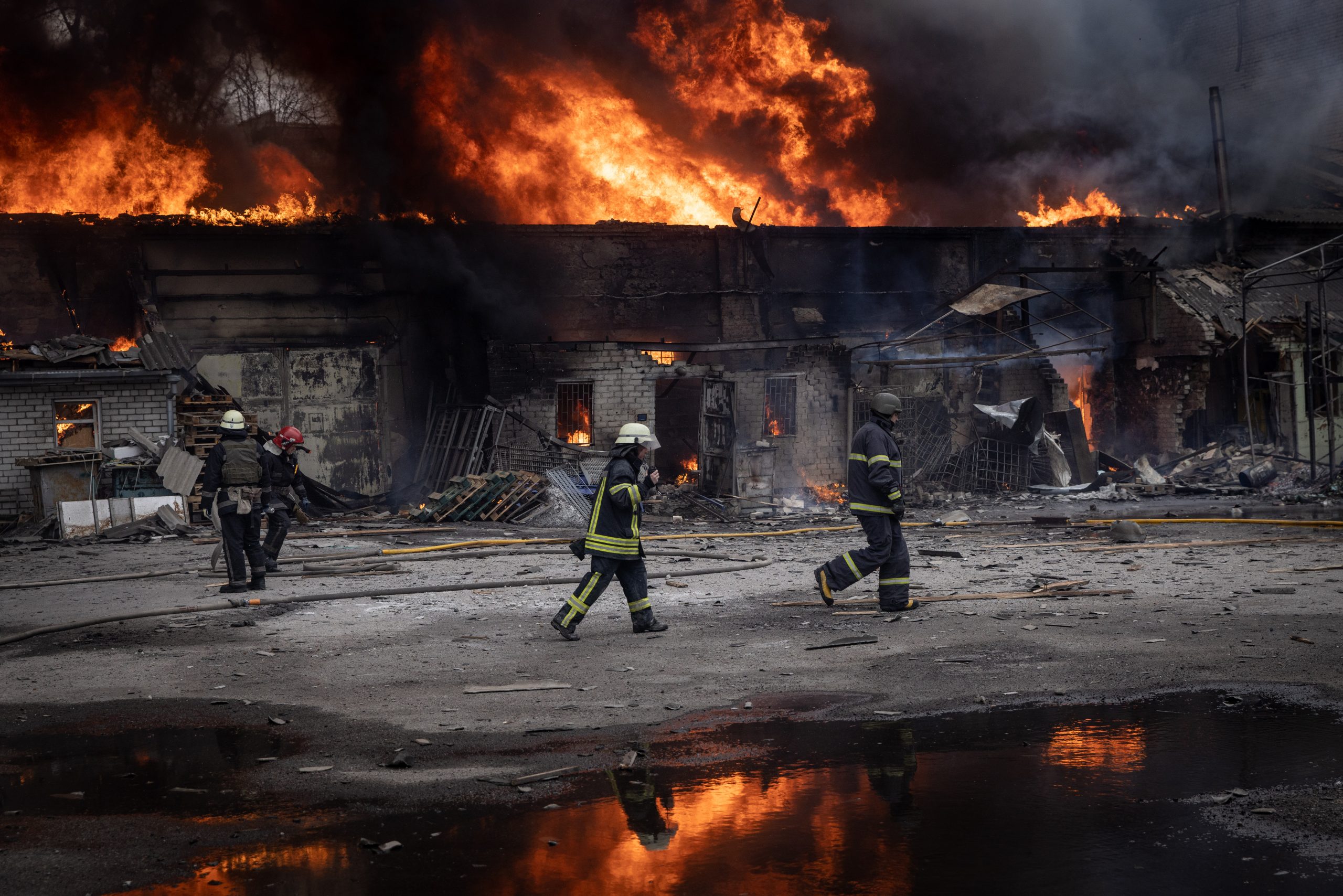 The Biden administration has “concerns” about fulfilling Ukraine’s request for cluster munitions, weapons banned by more than 100 countries that Russia is using to deadly effect on the battlefield, National Security Council spokesperson John Kirby said.

“According to our own policy, we have concerns about the use of those kinds of munitions,” Kirby told reporters Friday, declining to confirm any specific request from Kyiv.

Ukraine’s request for cluster munitions is just one of many that the Biden administration, for the moment, isn’t actively considering, said a person familiar with the situation, who spoke on condition of anonymity to discuss a sensitive topic. “It’s not a no, it’s not something that’s moving right now,” the person said.

Cluster munitions, first used in World War II, consist of a container that opens in the air, scattering large numbers of explosive “bomblets” over a wide area. They were initially designed to destroy multiple military targets over a large area, but also pose significant danger to civilians during and after an operation.

The United States is not a signatory to the international ban, the 2010 Convention on Cluster Munitions, yet the request is “complicated for optics” reasons and the risk to civilians of unexploded ordnance left behind on the battlefield, the person said.

Congress has imposed statutory restrictions on Washington’s ability to transfer cluster munitions, citing the risk to civilians. The president or the secretary of State can override these constraints, but a high standard must be met.

In this instance, the United States does not believe the munitions Ukraine is asking for — dual-purpose improved conventional munitions — are necessary for Kyiv on the battlefield. Ukraine wants munitions that can be launched from High Mobility Artillery Rocket Systems and 155mm Howitzers, according to CNN, which first reported the news.

Human rights organizations have documented Russia’s use of cluster bombs on civilian targets both in Ukraine and in Syria. Moscow has deployed the weapons, including the 300mm Smerch cluster rockets that launch 72 munitions out to 90 kilometers, including in Kharkiv.

Providing cluster munitions to Ukraine would be a bad look as the United States has recently committed $89 million to helping Kyiv clear the Russian land mines that now litter huge swaths of the country, POLITICO reported in August.

The money will fund 100 de-mining teams in Ukraine over the next year, and will go toward identifying the areas of greatest contamination and helping train and equip Ukrainian forces tasks with removing the mines, officials said at the time.

Kyiv believes that 160,000 square kilometers of land may be contaminated by land mines and other unexploded ordnance — an area roughly the size of Virginia, Maryland and Connecticut combined.

President Joe Biden recently reversed a Trump-era expansion of the use of anti-personnel land mines in most places around the world. But the Pentagon is providing Ukraine with Claymore anti-personnel munitions, which are considered land mines under the Ottawa Treaty in a certain configuration.

However, the Claymore munitions being provided to Ukraine were configured so that a “person in the loop” physically sets off the munition, rather than using a tripwire, taking them out of the land mine category, according to a State Department official.

The Pentagon on Friday announced a new $275 million package of military aid to Ukraine, including new air defense capabilities. Officials would not specify what systems are being transferred, but said they would be used to counter Russian-launched drones and missiles.

In total, the United States has committed $20 billion in security assistance to Ukraine since the beginning of the Biden administration, including more than $19.3 billion since the invasion.