Battle over A-10: Lawmakers seek to break perennial deadlock on retiring aging warplanes 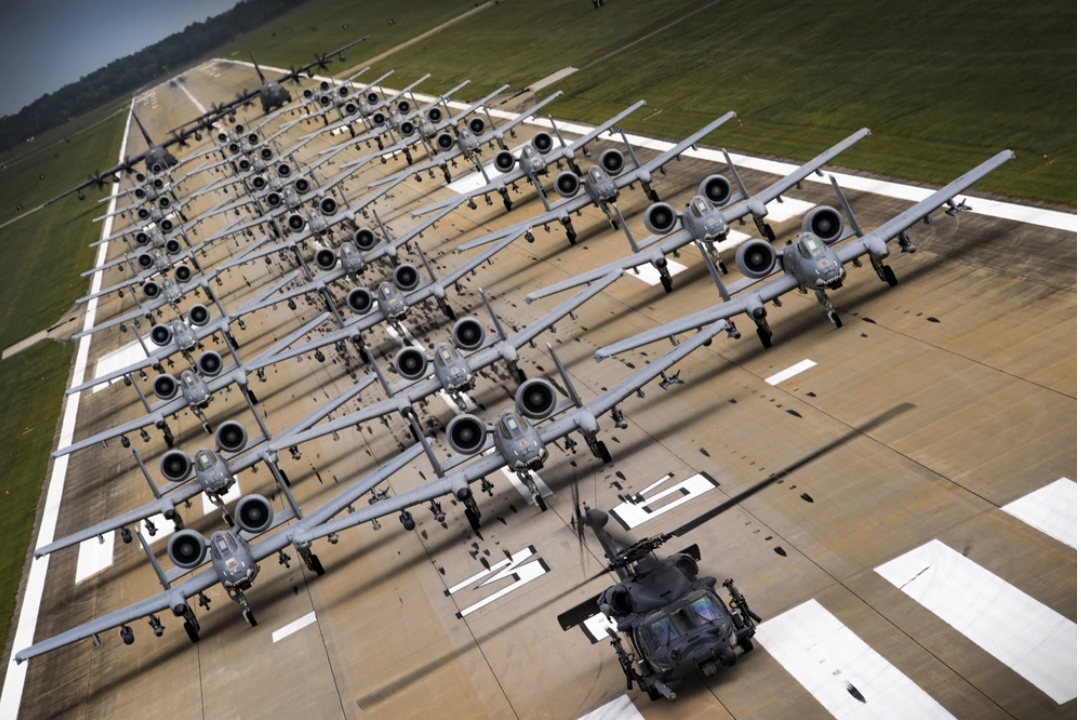 The House Armed Services Committee is poised to allow the Air Force to retire nearly two dozen A-10 attack jets, granting a longstanding request by the service to save money while avoiding another politically charged battle over the planes.

The full committee’s defense policy bill will permit the retirement of 21 A-10s stationed at Fort Wayne Air National Guard Base in Indiana, clearing the way for the Air Force to replace them with F-16 fighters, according to a House Republican aide familiar with the plans and a second person with knowledge of the discussion.

Though Congress has perennially rebuffed the Air Force’s attempts to save money by sending the popular plane to the boneyard, the service is aiming to sidestep yet another nasty political brawl over the A-10 by making a tailored request to retire only the planes in Indiana with an eye to replacing them with newer fighters.

The move to replace the Guard planes also has the support of state lawmakers, who could have fought to block it, but instead want Fort Wayne’s 122nd Fighter Wing to take on newer F-16s from the active-duty squadrons as those planes are replaced by F-35s.

The carveout would still need to be endorsed by the Senate and included in a compromise defense bill for President Joe Biden to sign.

Air Force leaders still aim to retire the full A-10 fleet of 281 aircraft over the coming years. But a narrow victory here could provide a roadmap for the service to shed more of its older planes.

Proposing the retirement of A-10s — and Congress blocking the Air Force from doing so — is a perennial battle on Capitol Hill. The service attempted to retire the entire A-10 fleet in the 2015, 2016 and 2017 budget cycles, and proposed getting rid of portions of the fleet in 2021 and 2022. But Congress thwarted the plan each time, arguing there is not an adequate replacement aircraft for providing close-air support to troops on the ground.

The House has yet to unveil the full committee version of the fiscal 2023 National Defense Authorization Act, which is set to be marked up next week. The Senate marks up its defense bill on Wednesday behind closed doors, and hasn’t released any details.

“Our plan with the A-10 this year is to remove 21 aircraft and replace them with F-16s in Indiana,” Kendall told House appropriators in May. “Over time, though, we do intend to divest the A-10s. We don’t want to re-wing airplanes that we intend to divest in the not-too-distant future.

“I’m a big proponent of close air support and I’ve been a fan of the A-10 for almost my entire career. The problem is that it’s an old aircraft that was designed for an environment that is not the one that we’re most concerned about now,” he said. “It is not survivable against modern threats.”

Close-air support refers to the A-10’s mission, which involves swooping in and laying down withering fire on enemy troops to protect friendly forces on the ground. The first A-10s deployed in March 1976.

The A-10 for F-16s swap also has the support of top lawmakers from the Indiana delegation. Rep. Jim Banks, a Republican Armed Services member whose district includes Fort Wayne, backs the move, as does Republican Sen. Todd Young.

The pair appealed to the Trump administration for F-16s, arguing in a 2018 letter that Fort Wayne Air National Guard Base possesses “deep experience with F-16s” from previously hosting the planes that would make the swap ideal.

Though lawmakers from several states with A-10s often fight to keep the planes flying, the Arizona delegation is the most vocal opponent of scrapping or mothballing the jets. Davis-Monthan Air Force Base in Tucson is home to three A-10 squadrons.

The planes, however, are getting older and the Air Force continues to encounter problems with their wings. The service awarded Boeing a $2 billion contract in 2007 for new wing sets for 242 aircraft, but in 2014 the Air Force canceled the program after 171 wing sets were delivered, according to a Project on Government Oversight report.

The Air Force awarded Boeing a separate contract in 2019 to build 50 new wing sets. Boeing, in partnership with Korean Aerospace Industries, delivered the first new wing set from the contract in May.

Democratic and Republican spokespeople for the House Armed Services Committee declined to comment on the bill, which hasn’t been released yet.